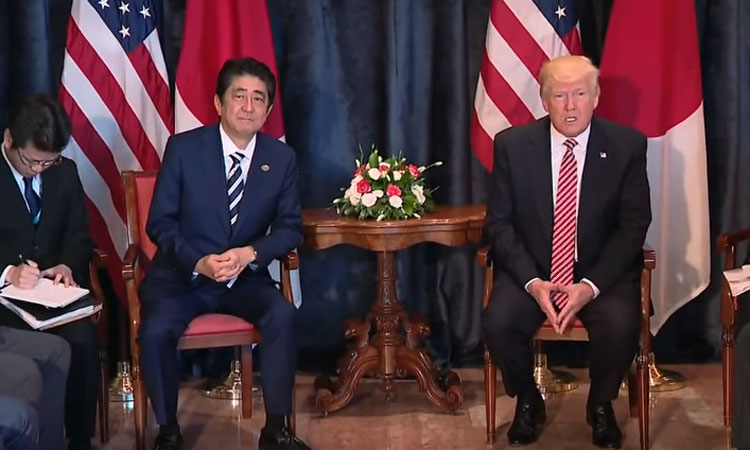 The White House
Office of the Press Secretary
For Immediate Release
May 26, 2017

President Donald J. Trump met today with Prime Minister Shinzo Abe of Japan in Taormina, Italy, before the start of the G7 Summit.  In the wake of the horrific terrorist attack at the Manchester Arena in the United Kingdom, the two leaders reaffirmed their shared resolve to cooperate to the fullest extent possible to counter terrorist threats.

The President said the United States will work with Japan and the Republic of Korea, as well as our other allies and partners around the world, to increase pressure on North Korea and demonstrate that North Korea’s current path is not sustainable.  President Trump and Prime Minister Abe agreed their teams would cooperate to enhance sanctions on North Korea, including by identifying and sanctioning entities that support North Korea’s ballistic missile and nuclear programs.  They also agreed to further strengthen the alliance between the United States and Japan, to further each country’s capability to deter and defend against threats from North Korea.

Video on the Bilateral Meeting