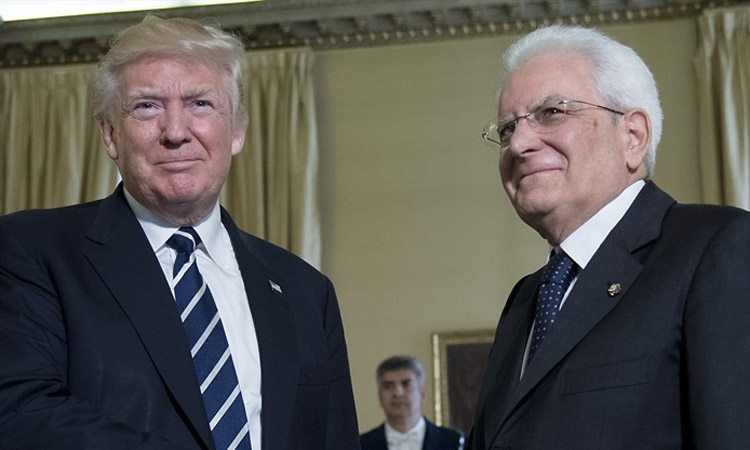 The White House
Office of the Press Secretary
For Immediate Release
May 24, 2017

President Donald J. Trump today held meetings with Italian President Sergio Mattarella and Prime Minister Paolo Gentiloni.  The leaders discussed the alliance between the United States and Italy, as well as priorities in the areas of defense cooperation, counterterrorism, and efforts to deny terrorists safe havens from Mali to Libya to Iraq to Afghanistan. President Trump thanked Italy for its contributions to global counterterrorism efforts, especially its participation in the Global Coalition to Counter ISIS and its active role in Iraq and Afghanistan. He also complimented Italy on its important diplomatic efforts to end the violence in Libya.

President Trump reaffirmed transatlantic unity in holding Russia accountable for its actions in Crimea and eastern Ukraine, and noted the importance of convincing Russia to fulfill its commitments under the Minsk Agreements.

The leaders also discussed goals for the G7 Summit, where heads of state and government from the world’s strongest economies can forge consensus on the most pressing diplomatic and economic issues of the day.

Suggested for You
Tweets by @POTUS