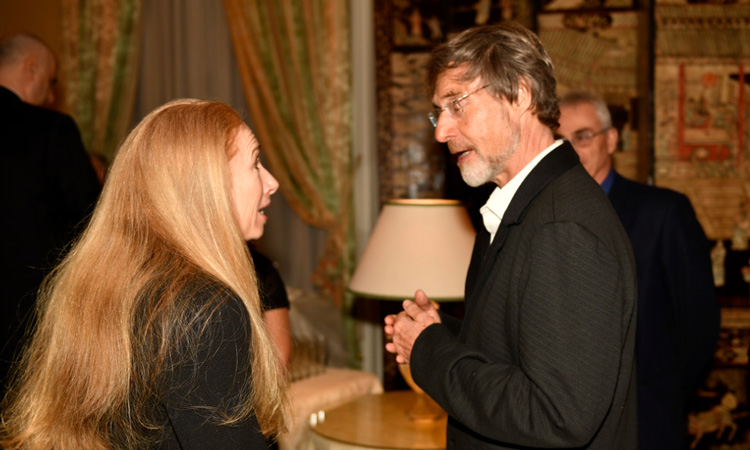 Good evening and welcome to Villa Pinciana. We are privileged to have with us tonight Moses Pendleton, one of America’s most innovative and accomplished choreographers.  We are also honored to host the  MOMIX troupe.  MOMIX is an internationally-acclaimed  dance company that Mr. Pendleton founded in 1980.  It is known world-wide for creating works of exceptional inventiveness and physical beauty.

MOMIX is presenting the world premiere of its newest creation, Alice, at the Teatro Olimpico, as part of the ninth edition of the International Dance Festival. The festival is organized in collaboration with the prestigious Accademia Filarmonica Romana.

We are most grateful to Moses Pendleton and MOMIX for their extraordinary contributions to contemporary dance.

Now I would like to invite our Guest of Honor, Moses Pendleton, to say a few words. 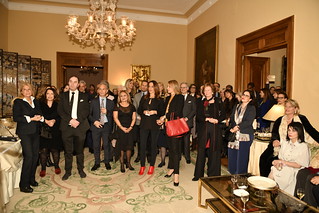