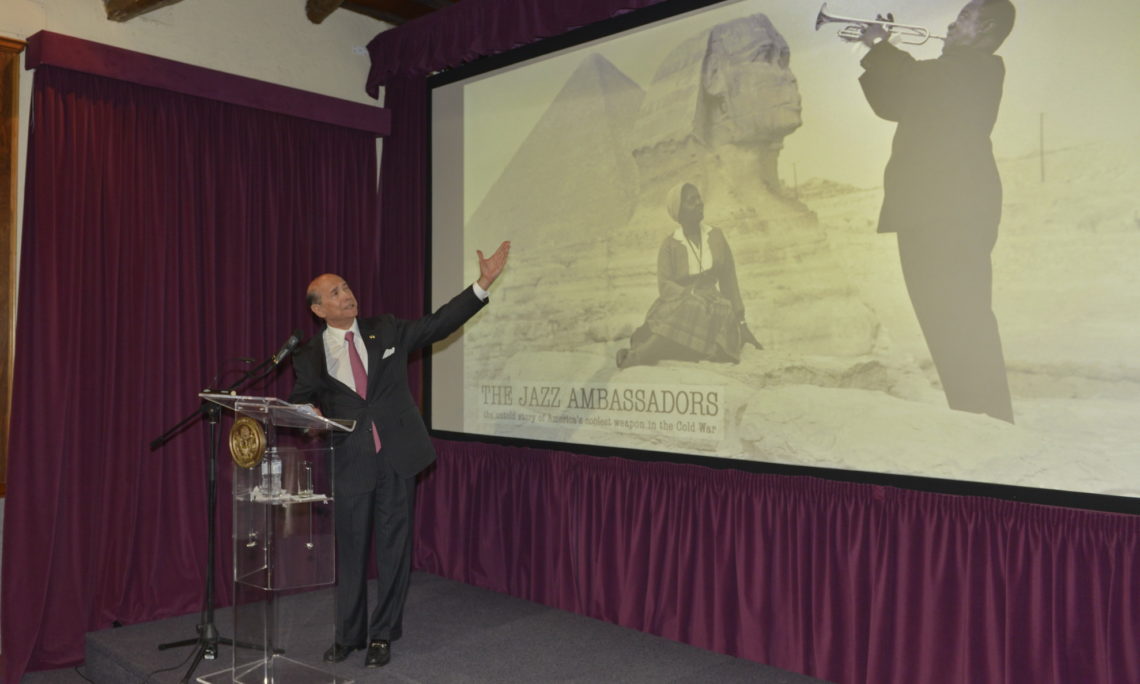 It’s a pleasure for us to host you at Villa Taverna this evening. I’ve enjoyed meeting you all, and I can really see what a significant role the Young Leaders program of the Council for the United States and Italy plays in broadening the knowledge and experience of up-and-coming professionals who are confronting political, social, and economic issues in today’s complicated and interconnected world.

As a global community, we need to continue to work together to take advantage of creative thinking in Italy, Europe, and the United States to strengthen the ties between our countries. I commend the role of the Council for the United States and Italy in working to support this type of exchange, and I’m honored to be an ex-officio board member.

Tonight’s gathering at Villa Taverna was suggested by a great friend of the Embassy, Dennis Redmont, who, over the decades, has played an important role in building a solid bridge of friendship between our two countries.

In just a few minutes, we will screen a documentary written and directed by a Young Leader alumnus and Peabody Award winner, Hugo Berkeley.

“The Jazz Ambassadors,” which received funding from the National Endowment for the Humanities, recounts the story of how jazz and African-American jazz musicians helped in U.S. diplomatic efforts to fight the Cold-War.

It’s been written that Hugo’s films “challenge audiences to confront life’s contradictions head on.” We’ll see this challenge again in tonight’s film, because the dilemma for all these musicians was, “How could they represent a country that still practiced segregation?”

Yet, even as they confronted racial discrimination at home, some of the greatest musicians the United States has ever produced took on the role of cultural diplomats and brought this uniquely American musical genre behind the Iron Curtain.

Their work as cultural diplomats underscored their patriotism as Americans, and their determination to also stand up against injustice on the home front.

Jazz is a true cultural phenomenon. Early in the 20th century, jazz journeyed from its birthplace in the American South to the northern industrial centers of the United States.  And in the decades since then, jazz has spread throughout the world.

As a uniquely American musical genre, it has become an international sensation. Not only does jazz transcend borders and cultures, but it reflects certain societal values long cherished by Americans.

To me, jazz is a musical metaphor for freedom.  It places responsibilities in the hands of the performers; not just the conductor.

Like the American people, jazz is optimistic and realistic. This is why we have long recognized its great value for public diplomacy.

So did Benny Goodman who brought his clarinet to the Soviet Union in 1961. Two years later, Duke Ellington toured the Middle East.  And in 1971, this icon of jazz played in the Soviet Union.

Today, jazz musicians continue to be among my country’s greatest cultural ambassadors and jazz continues to be loved throughout the world. April is “Jazz Appreciation Month”; I’m delighted to kick off the celebration this evening.

Thank you for joining us tonight, and a special thanks to Rodrigo Redmont, who kindly donated the wines we’re enjoying this evening and which he produces in Abruzzo. 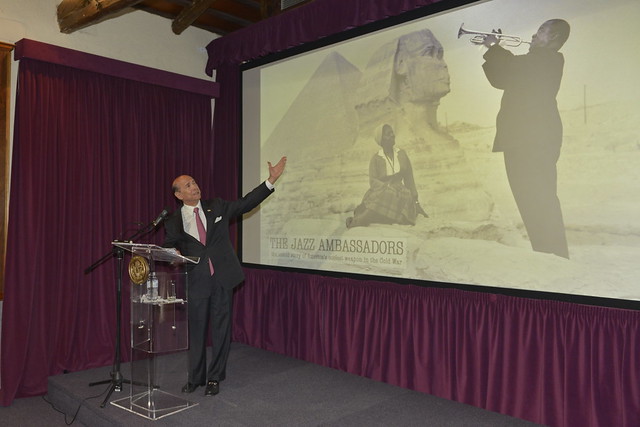