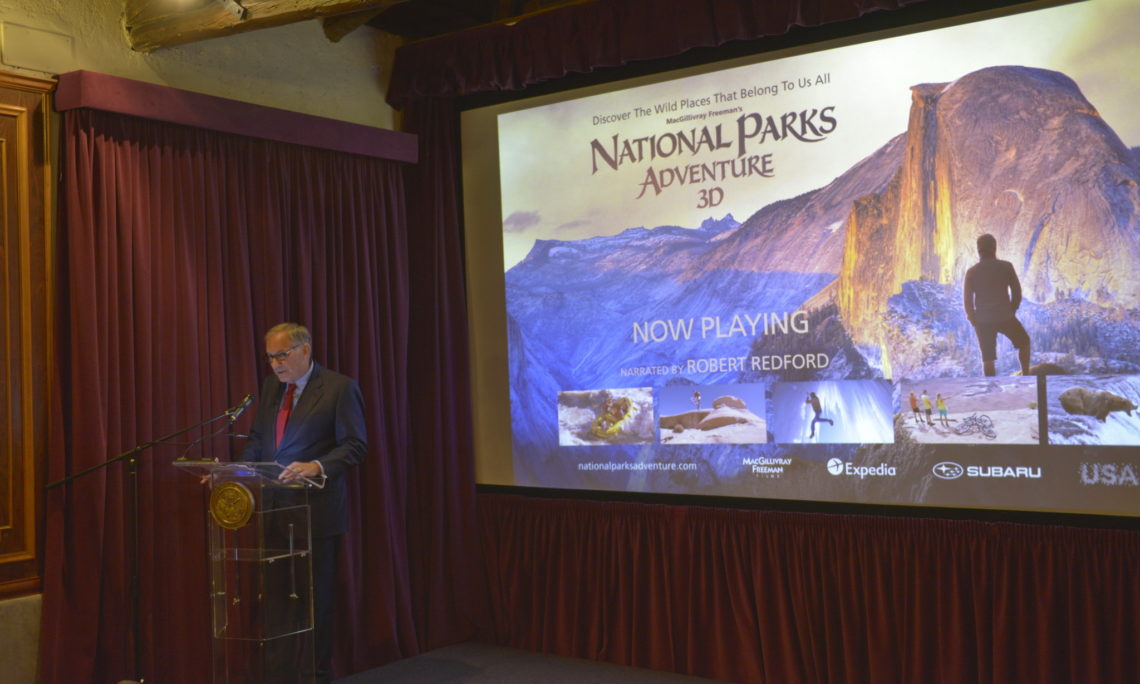 Buonasera and thank you for being here to celebrate the Centennial of the National Park Service. Let me start by thanking Brand USA, the destination-marketing organization for the United States, which had the wonderful idea of creating a 3D documentary together with MacGillivray Freeman Films to celebrate the first 100 years of the National Park Service.  We are happy to share this private screening with you and hope that the film will be in Italian cinemas and on TV in the near future.

2015 was a banner year for Italian tourists to the U.S., surpassing 1 million arrivals for the first time and setting a new all-time record. During the past three years I have witnessed Italian arrivals to the U.S. increase dramatically from 839,000 in 2013 to over 1 million last year. This represents a jump of almost 25% despite the sluggish growth of the Italian economy and a high dollar.

These numbers demonstrate how much Italians love visiting and traveling in the United States, both for business and for leisure. Tourism between the United States and Italy creates and strengthens social, cultural, and economic ties between our two nations, improves bilateral relationships, increases educational exchange, and expands investment.

Last week the Department of Homeland Security announced something that we feel will make it even easier for Italian and U.S. tourists – the selection of the Rome Fiumicino and Milan Malpensa airports for potential inclusion in the preclearance program. If preclearance operations are expanded, travelers will undergo immigration, customs, and agriculture inspection by U.S. Customs and Border Protection before boarding a flight to the United States rather than upon arrival, resulting in significant time savings and ease of travel.

Tourism is well recognized as a key economic driver, in the United States as in Italy. In fact, according to the U.S. Department of Commerce, every 65 visitors to the United States create one new job. Here at the U.S. Mission in Rome and at the Consulate in Milan the Commercial Service works closely not only with Brand USA but also with the Visit USA Italy Association to promote Italian tourism to the United States.

Before we start the film, let me tell you a little about the National Park Service. Although the service was established in 1916, the first national park was created many years earlier, when Congress passed an act creating Yellowstone National Park in 1872 in the then-territory of Wyoming.

Today the National Park Service manages 413 parks that define the diversity and unique heritage of America — through great national symbols such as the Liberty Bell, the battlefields on which independence was won and the union preserved, the Lincoln Memorial, the Statue of  Liberty, the Grand Canyon, Yellowstone, Yosemite, Joshua Tree and numerous other treasures.

The key concept to understanding our National Parks is conservation. As President Truman said, “These are the people’s parks, owned by young and old, by those in the cities and those on the farms.  Most of them are ours today because there were Americans many years ago who exercised vision, patience, and unselfish devotion in the battle for conservation.”

Celebrating this centennial means making people aware that “our long term prosperity depends on the faithful stewardship of the air we breathe, the water we drink, and the land we sow.” The core mission remains that of maintaining and protecting America’s national parks.

A little trivia before we start the film.   You just learned our first national park was created in 1872.   Does anyone know where and when the first Italian national parks were created?  (Pause for response) The Gran Paradiso, and the Abruzzo (now called Abruzzo, Lazio, and Molise) National Parks were all created in 1922.

Can anybody tell me which is the most visited national park in the United States? You might think Yosemite, the Grand Canyon or Yellowstone. But it is actually the Great Smoky Mountains, straddling Tennessee and North Carolina, with over 10 million visitors in 2015.

I truly hope that by watching this film you will be able to immerse yourself in this unspoiled wilderness – and I hope that all of you start planning your next trip to our national parks after tonight’s viewing.  Enjoy! 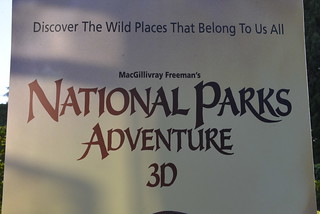