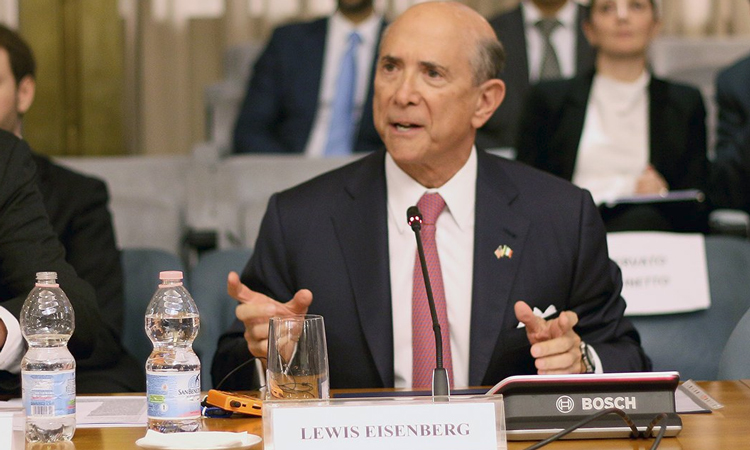 I am delighted to be here today to celebrate with you the 70th anniversary of the Fulbright Program in Italy.  This program was conceived by the young American Senator J. William Fulbright and approved by the Congress in 1946. He suggested selling surplus materials from World War II and putting the proceeds toward an international exchange program for the advancement of world peace. In the aftermath of the Second World War, in a world emerging from tragedy and devastation, this new exchange program developed and proved fundamental to positive cultural and academic relations between our two countries.

The Fulbright Program is the flagship international educational and cultural exchange program sponsored by the U.S. government. It is designed to increase mutual understanding between the people of the United States and the people of other countries. It provides participants – chosen for their academic merit and leadership potential – with the opportunity to study, teach and conduct research, exchange ideas and contribute to finding solutions to shared international concerns.

The Fulbright Program is a priority for the U.S. Government. It is the most important and largest cultural and academic exchange program run by the U.S. Department of State. It offers opportunities for students and scholars to undertake graduate studies, advanced research and university teaching worldwide. It plays a crucial role in promoting educational and cultural exchanges and fostering people-to-people contacts.

Value of cultural exchange and the U.S.-Italy Fulbright Program: Along with Belgium, Greece, France and the UK, Italy is one of the oldest Commissions in Europe. Since Fulbright’s start in Italy in 1948 (two years after the program began elsewhere), more than 5,000 American scholars and students have come to Italy on Fulbright grants and about an equal number of Italians have gone to the United States.

Expansion of the U.S. – Italy Fulbright program through public and private partnerships.

Today, 30 percent of all U.S.-Italy Fulbright scholarships are funded under agreements between the Commission and public or private partners.

Most notable example: Roberto Wirth and his deafness program. It is the Commission’s longest running public-private partnership, now in its 25th year.  It funds one scholarship per year for an Italian student specializing in deafness-related issues at Gallaudet University in Washington, D.C.

Examples of Programs that the Commission runs in collaboration with public and private partners:

Among the many notable Fulbright alumni here today:

The Fulbright Program in Italy also has six Nobel prizes among its Fulbright Alumni.

Thank the Italian Government, which last year increased its allocation to the Fulbright Commission by 40% to support more grants over the next several academic years. 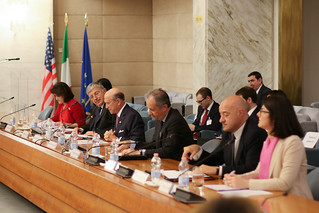