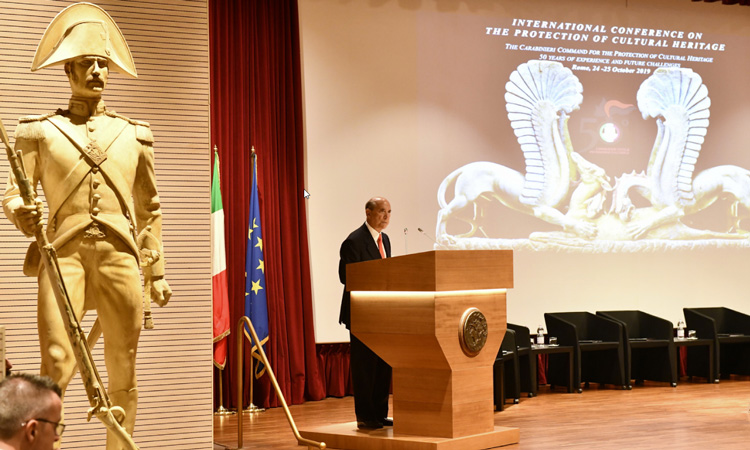 It is a pleasure to be here today to celebrate with you the 50th anniversary of the Carabinieri Cultural Heritage Protection Deparment – or TPC.  I am doubly pleased to mark the occasion with the return of an important artifact to the Italian people.

I’d like to thank Cultural Heritage and Tourism Minister Franceschini, and Carabinieri Corps Commanding General Nistri for the invitation; and all of you for your kind presence.

Over the past half century, the Carabinieri TPC has built an outstanding reputation in the global fight against the illicit trade of cultural heritage. The TPC has seen great leadership over the years, including from General Nistri.

Italy and the United States enjoy a special partnership, especially on law enforcement issues. From investigating human-trafficking and disrupting money laundering networks, to combating cybercrime and dismantling gangs, Italians and Americans are full partners in the fight against crime.

Italy is blessed with a rich cultural legacy and therefore cursed to suffer the pillaging of important cultural artifacts.

The plundering of historical artifacts is among the oldest forms of cross-border organized crime. INTERPOL estimates that the illicit trading in cultural property produces over $10 billion in profits each year.

Today’s return of a marble head of Pan, sculpted nearly 2,000 years ago, is a perfect example of the extraordinary collaboration between U.S. Homeland Security Investigations and the Carabinieri TPC.

The investigation revealed this artifact was stolen from an archeological site in Rome in 1968. For decades, the sculpture was traded in Europe and the United States before it was identified at an auction house in California.

Thanks to U.S. customs laws, Homeland Security Investigations seized and forfeited the artifact, which it is now returning to Italy.

Every time a nation and its people are reunited with their history is a joyous and memorable event to be celebrated.

Thank you once again for inviting me to participate in this special occasion.  Auguri!  I wish you much continued success. 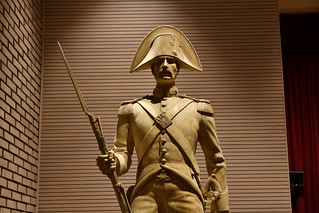