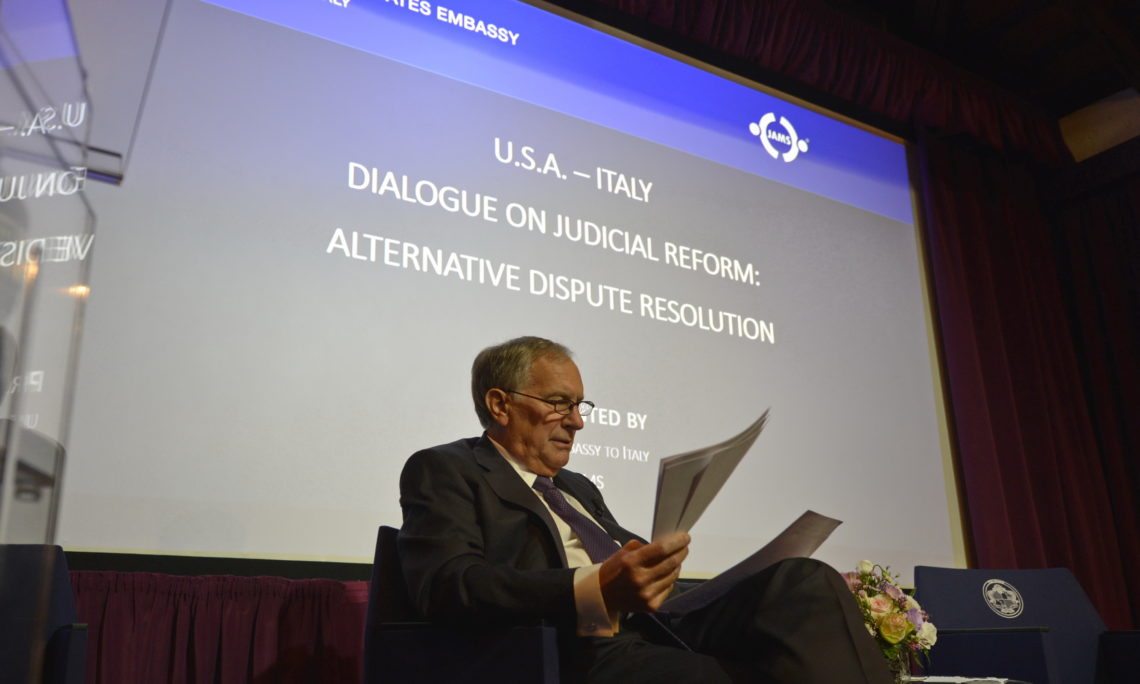 I’m happy to see so many people here today representing lawyers and bar associations, judges, the government, businesses, and people involved in providing arbitration and mediation services here in Italy.  Each of these organizations, each of these constituencies, has a key role to play in helping promote a culture of ADR in Italy, and that’s why we’re all here today.

Expanding the use of ADR in Italy is key to improving Italy’s civil justice system and its ability to attract business.  First, let me state the obvious.  Italy’s civil court system is slow.  That’s the perception of American investors, and I dare say it’s also the perception of the Italian people, and international institutions.  According to the World Bank’s 2016 report, Italy ranks 111th in the world for the ease of enforcing a contract.  It takes, on average, over three years to get a lower court decision on a simple contract matter.  This is simply too long to expect companies to wait for justice.  The Economist had a chart a few months ago.  See for yourself.

Luckily, your government has recognized this problem.  Prime Minister Renzi has supported a series of important judicial reforms, and Minister of Justice Orlando has made civil justice reform a top priority.  Their approach has been pragmatic and has focused on the right issues, and it is already starting to show meaningful results.  Minister Orlando could not be with us this morning, but I am pleased to tell you that he will join us for lunch and share some of his thoughts with you.

Italy has been working for a couple of years now to reduce the backlog of cases in the civil courts and make the courts more efficient.  These efforts have certainly produced some good results, results we can measure.

Here are a few examples of Italy’s improvements in the recent past.

But there is still work to do.  As the old saying goes, “time is money,” and we can’t expect companies to leave thousands, if not millions of dollars tied up in litigation while a case works its way through the system.  In the United States, about 90 percent of cases that are filed settle before trial, because we encourage mediation or working with a judge to settle a case even after its filed.  The parties negotiate and then sign an agreement, and that’s it – no appeals, no waiting to enforce a judgment.  They can go back to focusing on their business.  And the agreement reached in the mediation is enforceable like a judgment, should the defendant, for some reason, decide not to fulfill its obligation.

But, this is not just my opinion.  The European Commission released a favorable report about three weeks, directed at all Member States, that complimented the type of efforts Italy is taking to encourage mediation, but urged all the EU Member States to continue their efforts to promote and encourage the use of ADR, calling on them to make mediation available in even more cases.

The European Commission report encouraged five best practices, I agree with them.

One of the reasons I agree with them is that these best practices are similar to those things that were the keys to spreading the culture of ADR in the United States.  The United States has confronted many of these same issues and found solutions that have worked.  Years ago, our courts also suffered from delays, and we worked hard to find the answers.

Thirty or forty years ago, ADR was not used very often in the United States.  But courts were getting backlogged, and it was taking too much time to get a case to trial.  Some states and cities started to hear, in loud voices, from business leaders that these slow courts were a drag on doing business, and civic leaders complained that new business did not want to locate in jurisdictions with slow courts.  As a result, the idea of using ADR to expedite dispute resolution slowly began to take root.

Why slowly?  There was some opposition from different parts of the legal community and stakeholders:

There was resistance from lawyers, who were worried about losing billable hours and, hence, money.  As it turned out, clients who are happy to get a fast, reliable, less costly resolution to their dispute give the lawyers more cases.  In the end, lawyers saw the benefit of ADR and that it actually helped their business.

There was resistance from judges, who didn’t like to be told how to run their courts or manage their dockets.  But, by getting the easy cases settled and out of the way with ADR, they could focus their attention and skills on the truly difficult cases.  In the end, the quality of justice improved for all litigants in all cases.

There was resistance from the parties, who only knew one way to resolve cases – to have their “day in court.”  They needed to learn about other ways to resolve disputes, but also needed assurances that mediation or arbitration would be not only faster and cheaper than going to court for a long time, but that it was fair, transparent, and enforceable.  What the research found is that people learned to see the benefits of ADR.  Parties feel better about the settlement when they participate in it themselves and have more control over their own situations, instead of simply hearing a judge or jury’s decision.  A survey of people in Washington, DC who settled cases in mediation showed that both the parties and their attorneys were significantly more satisfied with the outcome compared to those who did not settle their cases with mediation.

Law schools also adapted, changing the focus from teaching future lawyers to be adversaries steeped in traditional litigation and trial techniques to a new way of thinking.  The schools started to teach students, the next generation of lawyers, to be problem solvers, not adversaries.  After all, if 90 percent of the cases were going to settle, why were the schools preparing the new lawyers to deal with only the other 10 percent?  Today, almost every accredited law school in the United States offers at least one class or practical clinic on ADR – many schools have more than one class.

Later this morning, you will have the chance to hear from Italian and American experts representing each of these groups, lawyers and bar associations, judges, business, law schools, and ADR providers, to hear their ideas on how to expand the culture of using ADR.  At lunch, it will be my pleasure to host Justice Minister Orlando and to hear his thoughts on ADR.  In the afternoon, the JAMS experts will address some of the more technical aspects of ADR that we hope will be interesting to you all.

I’m also happy to say that, for those of you who are able to stay for the whole program, we will provide a certificate to you which the Consiglio Nazionale Forense (i.e. the National Bar Association) will accept for five credits of continuing legal education.

So, we’re all here today – lawyers and bar associations, judges, business, the government, and the ADR providers.  Let’s listen to each other, both the Americans and the Italians, share what we know, and listen to how we can all work today to expand the culture of ADR in Italy.  I’m glad we can share ideas with you, and hear from you about what is working here as well.

Now, it’s my pleasure to introduce Judge Diane Wayne.  She is widely recognized for her professional competence and approachable manner, and is one of California’s most highly regarded neutrals, serving as both a mediator and arbitrator.  As a mediator, Judge Wayne quickly built a reputation for successfully resolving complicated cases, often employing innovative techniques to help the parties reach an agreement.  So, without more from me, please enjoy the day! 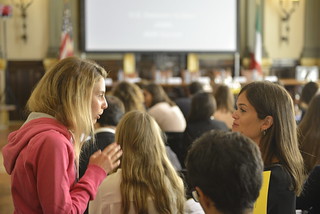