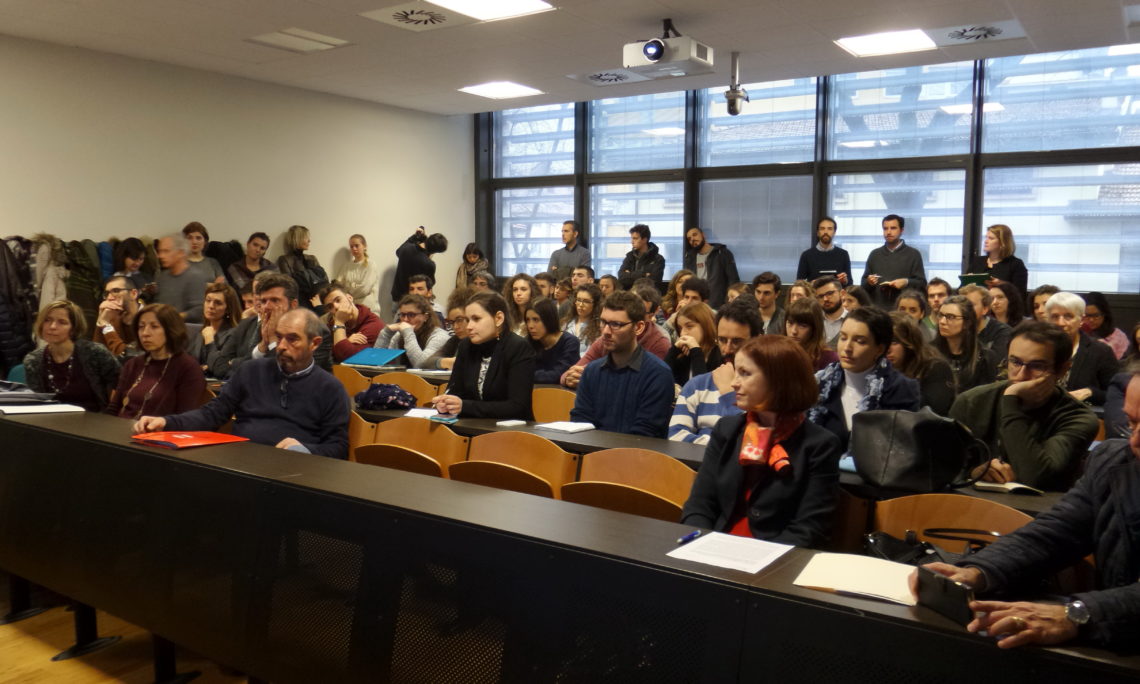 I am very happy to be here today for the inauguration of this new American History course: “The United States in the World, 1898-2012.”

This represents a major accomplishment by both the University of Trento and the U.S. Mission to Italy.

Over the past few years, we have been disappointed to observe the decline of American Studies as an academic discipline at Italian universities.

Sadly, many universities in Italy are now without full professors of American Studies and their ranks of associate professors and researchers are seriously diminished.

The numbers are dramatic:  In 2005, there were 26 full professors of American language and literature, 24 associate professors and 28 researchers in Italian universities.

In 2016, the numbers have dropped to just six full professors, 26 associate professors and 19 researchers—almost 35% less staff.

But we know the interest is there! When the Embassy brings speakers or when American Studies courses are offered…the room is usually packed and the students don’t want to leave at the end.  That says a great deal about the quality of the professor or speaker, of course, but it also says a great deal about the level of interest in American Studies.

So, we’re doing our part to help connect Italian youth and universities in Italy to American history, literature and culture.

The Embassy worked with our Consulate colleagues to explore ways in which the Mission could support American Studies in Italy.

The grant also includes funds for each university to buy books and other materials to support the adjunct professors’ courses and supplement the university libraries.

The universities were chosen with the hope that this “seed support” could lead to the establishment of additional American Studies teaching positions, fully funded by the University.  The presence of energetic partners -like all of you here today – in the selected universities was also a factor.

Our institutional partners for this initiative are AISNA (the Italian Association for North American Studies) and the Centro Studi Americani (American Studies Center).

AISNA is working with the universities—including the University of Trento—to establish teaching positions and incorporate new courses into curricula.  CSA helps administer and amplify the program, in partnership with AISNA.

Today’s inauguration of this course in American History is the culmination of much hard work on the part of many. I congratulate all the partners…it truly has been a partnership and a labor of love among the many who are committed to the American Studies academic discipline and above all who are committed to the many, many students who want the opportunity to study American history and literature.

I’m happy to note that the U.S. Mission’s support for university international relations, law, journalism and English teaching programs will continue as well.

All of these programs will allow students to better understand the United States, not only our history but also our present.

That is partly how we build mutual understanding, long-standing friendship and international cooperation…which is more important than ever in our complex and changing world.

My visit here today must be relatively short, I’m sorry to say, but I hope to come back to Trento again in the near future, to join one of your classes and maybe for some bicycle riding with Professor Foradori who told me that you have amazing bike trails here in Trento and in the surrounding area. So, as a passionate cyclist, I look forward to seeing you soon!