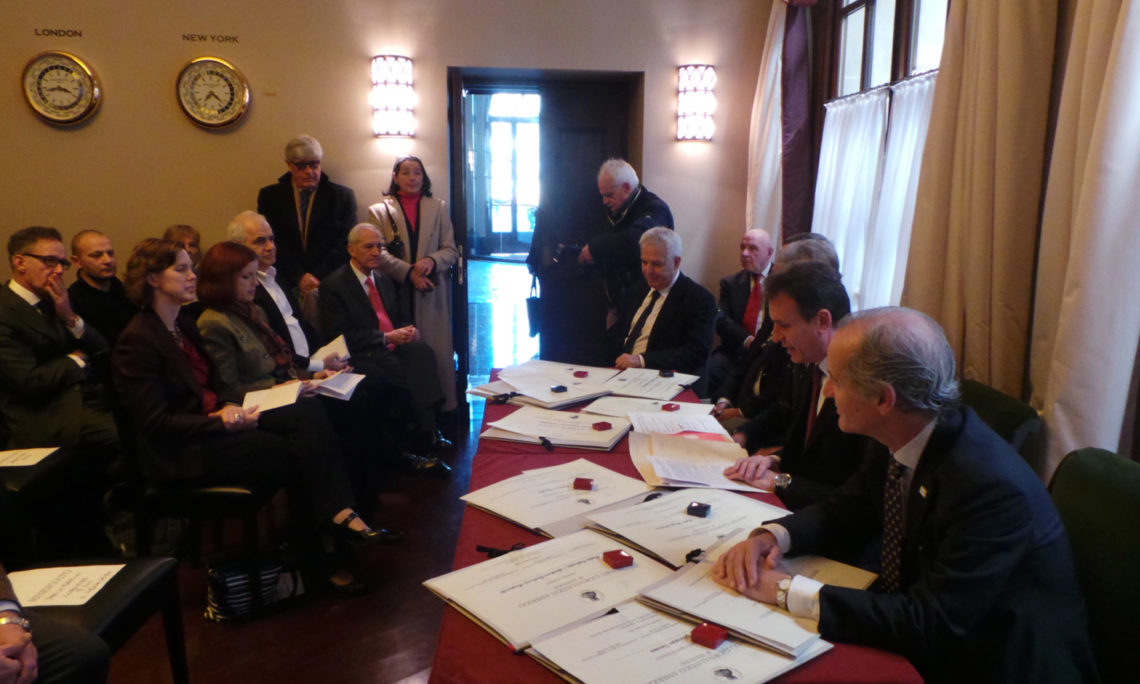 (Remarks by Consul General Rupp were in Italian)

The Amerigo Association brings together Italian alumni of the International Cultural Exchanges Programs promoted by the U.S. Department of State’s Bureau of Educational and Cultural Affairs.

Throughout the year, Amerigo organizes large public events and conferences all over Italy. One of Amerigo’s most important events takes place each year in early December, when Amerigo’s national media awards are presented to journalists whose work served to advance mutual understanding between Italy and the U.S.  At the awards ceremony, all categories of journalism are recognized, including print, radio, television, and web media.

A special literary award, called the “Premio Letterario delle Quattro Libertà 2016,” will be presented to journalist Massimo del Gigia for his book, “In salvo dall’Eden,” which was published in 2016.  The award takes its inspiration from Franklin D. Roosevelt’s “Four Freedoms” speech.

A tribute will also be paid to Prof. Ennio di Nolfo at the reception.  Di Nolfo was one of Italy’s top international relations scholars and historians.  He had a distinguished academic career, teaching at various Italian universities.  He served as head of the University of Florence’s International Relations Department from 2000-2005.  Di Nolfo passed away in September 2016.