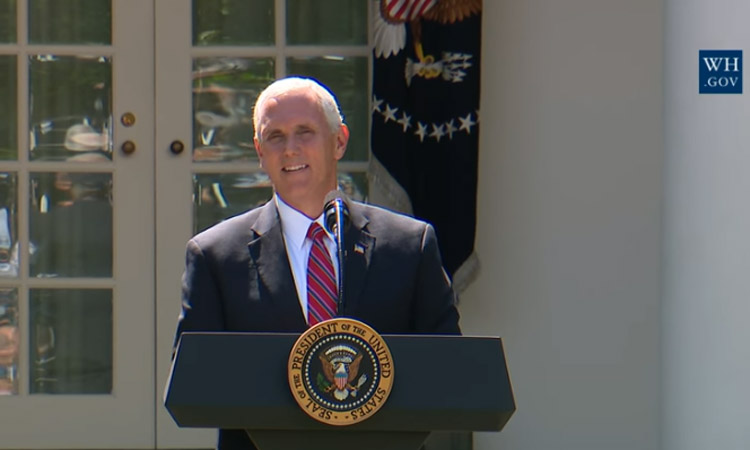 The White House
Office of the Vice President
For Immediate Release
June 1, 2017

It’s the greatest privilege of my life to serve as Vice President to a President who is fighting every day to make America great again.

Since the first day of this administration, President Donald Trump has been working tirelessly to keep the promises that he made to the American people.  President Trump has been reforming healthcare, enforcing our laws, ending illegal immigration, rebuilding our military.  And this President has been rolling back excessive regulations and unfair trade practices that were stifling American jobs.

And just last week we all witnessed the bold leadership of an American President on the world stage, putting America first.  From the Middle East, to Europe, as leader of the free world, President Trump reaffirmed historic alliances, forged new relationships, and called on the wider world to confront the threat of terrorism in new and renewed ways.

So with gratitude for his leadership — (applause) — and admiration for his unwavering commitment to the American people, it is now my high honor and distinct privilege to introduce to all of you, the President of the United States of America, President Donald Trump.  (Applause.)