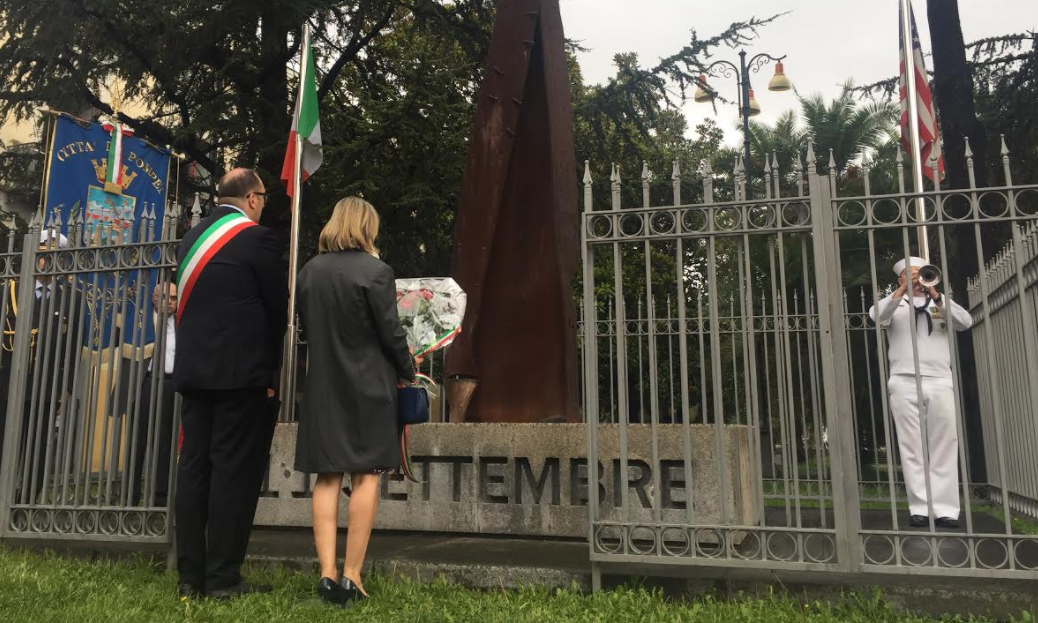 “Darkness cannot drive out darkness: only light can do that. Hate cannot drive out hate: only love can do that.” With this quote from Martin Luther King, Jr., Consul General Mary Ellen Countryman closed her remarks in Pompei on the 16th anniversary of the terrorist attacks in the United States.

On September 11, the city hosted a commemoration ceremony in front of the monument that includes an authentic fragment of one of the Twin Towers of the World Trade Center. The work represents a piece of civic heritage that has come to the city of Pompeii from the New York and New Jersey Port Authority: it is an original work of Lello Esposito, and seeks to represent the bond of brotherhood between the American and Italian people.

“The dramatic attacks sixteen years ago were against not only the United States or Americans, but all humanity. Thank you Pompei, City of Peace (and Love), for this moment of collective reflection,” said the Consul General.