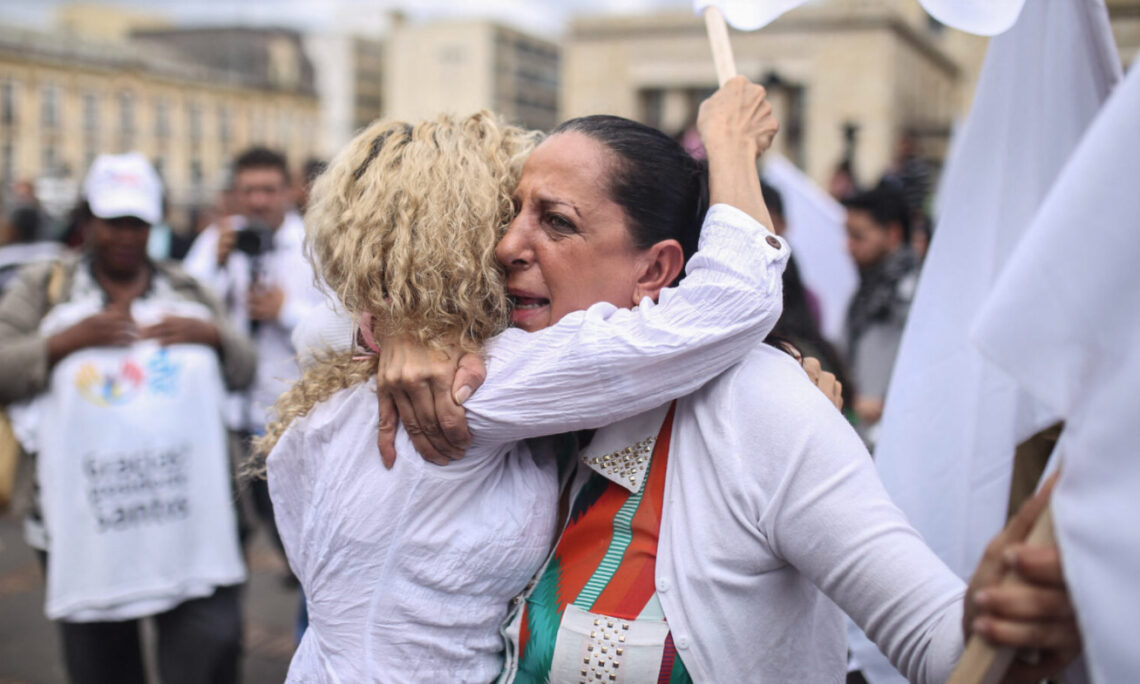 Diplomacy has solved conflicts, prevented deaths and economic turmoil, and secured peace. Think negotiation doesn’t work? Here’s a look at some critical times when it did.

The 2016 peace accord ended five decades of conflict between the Colombian government and the Revolutionary Armed Forces of Colombia (FARC) and laid out a path to lasting peace.

In 2014, the United Nations hailed Sierra Leone as a success story due to its remarkable post-conflict transition following a brutal civil war (1991–2002). The end of the war allowed the country to rebuild its infrastructure and work on social and economic development.

The U.S.-brokered 1998 Belfast Agreement ended 30 years of civil strife in Northern Ireland. It is also known as the Good Friday Agreement because it was reached on April 10, 1998, which was the Friday before Easter that year.

The 1992–95 war in Bosnia and Herzegovina claimed more than 200,000 lives and forced 2 million people from their homes. The strife ended when the United States helped to negotiate a peace agreement. It is known as the Dayton Accords because the negotiations took place at Wright-Patterson Air Force Base, outside Dayton, Ohio.

A leaders’ summit in Reykjavík, Iceland, between the United States and the Soviet Union ultimately led to agreement on a wide range of arms control issues.

President Jimmy Carter, Egyptian President Anwar Sadat and Israeli Prime Minister Menachem Begin signed an agreement in September 1978 that established a framework for a historic peace treaty between Israel and Egypt in 1979. It is known as the Camp David Accords because the negotiations took place at the U.S. presidential retreat at Camp David, Maryland.