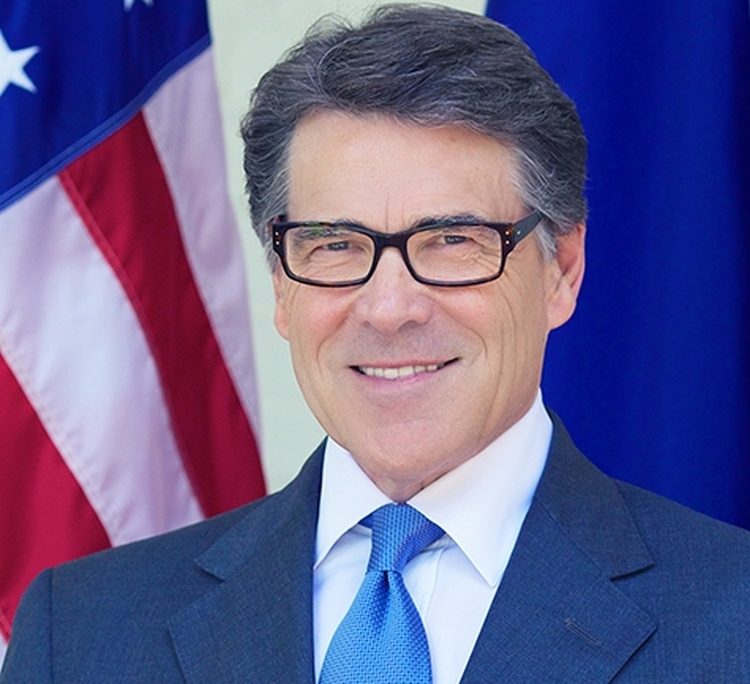 Rick Perry currently serves as the 14th United States Secretary of Energy. He leads an agency tasked with maintaining a safe, secure and effective nuclear deterrent and reducing the threat of nuclear proliferation, overseeing the United States’ energy supply, carrying out the environmental clean-up from the Cold War nuclear mission, and managing the 17 National Laboratories, home to the country’s best scientists and engineers.

Secretary Perry is a veteran of the United States Air Force, a former farmer and rancher, and the longest-serving governor In Texas history, having led the world’s 12th-largest economy from 2000 to 2015. He has devoted his adult life to creating prosperity and opportunity for families.

Prior to joining the Administration as Secretary of Energy, Perry served as the 47th Governor of Texas. As Governor of the Lone Star State, Perry championed conservative principles that helped Texas become America’s economic engine. Under Perry’s leadership, Texas became a national leader for job creation, innovation, and population growth.

Perry’s leadership of Texas proved that economic growth and protection of the environment can be achieved simultaneously. While adding population and more than 2.2 million jobs during his tenure, Texas also experienced major reductions in carbon dioxide, sulfur dioxide, and nitrogen oxide emissions. Despite having a rapidly growing population and one of the largest petrochemical refining industries in the world, Texas saw its air quality improve.

Perry grew up the son of tenant farmers in the tiny West Texas community of Paint Creek. The younger of Ray and Amelia Perry’s two children, he was active in scouting and earned distinction as an Eagle Scout. He was one of the first in his family to go to college, earning a degree in Animal Science from Texas A&M University, where he was also a member of the Corps of Cadets and a Yell Leader.

Between 1972 and 1977, Perry served in the U.S. Air Force flying C-130 tactical airlift aircraft in Europe and the Middle East. He is a lifetime member of both the NRA and American Legion Post #75. Prior to being elected Lieutenant Governor in 1998, he served two terms as Texas Commissioner of Agriculture and three terms in the Texas House of Representatives.

Perry married his childhood sweetheart, Anita, in 1982. They have two children and two beautiful granddaughters.