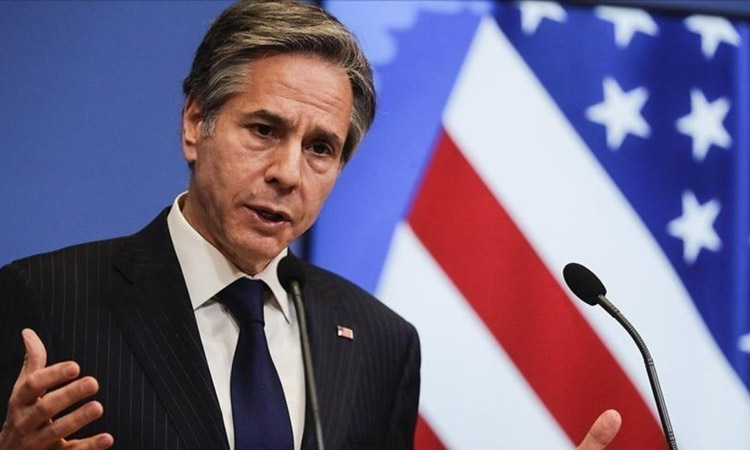 On the eve of the Ukraine Accountability Conference, the United States calls on Russia to immediately halt its systematic “filtration” operations and forced deportations in Russian-controlled and held areas of Ukraine.  The unlawful transfer and deportation of protected persons is a grave breach of the Fourth Geneva Convention on the protection of civilians and is a war crime.  Russian authorities must release those detained and allow Ukrainian citizens forcibly removed or coerced into leaving their country the ability to promptly and safely return home.  We call on Russia to provide outside independent observers access to so-called “filtration” facilities and to forced deportation relocation areas in Russia.

Estimates from a variety of sources, including the Russian government, indicate that Russian authorities have interrogated, detained, and forcibly deported between 900,000 and 1.6 million Ukrainian citizens, including 260,000 children, from their homes to Russia – often to isolated regions in the Far East.  Moscow’s actions appear pre-meditated and draw immediate historical comparisons to Russian “filtration” operations in Chechnya and other areas.  President Putin’s “filtration” operations are separating families, confiscating Ukrainian passports, and issuing Russian passports in an apparent effort to change the demographic makeup of parts of Ukraine.

Reports also indicate Russian authorities are deliberately separating Ukrainian children from their parents and abducting others from orphanages before putting them up for adoption inside Russia. Eyewitnesses and survivors of “filtration” operations, detentions, and forced deportations report frequent threats, harassment, and incidents of torture by Russian security forces.  During this process, Russian authorities also reportedly capture and store biometric and personal data, subject civilians to invasive searches and interrogations and coerce Ukrainian citizens into signing agreements to stay in Russia, hindering their ability to freely return home.

Evidence is mounting that Russian authorities are also reportedly detaining or disappearing thousands of Ukrainian civilians who do not pass “filtration.” Those detained or “filtered out” include Ukrainians deemed threatening because of their potential affiliation with the Ukrainian army, territorial defense forces, media, government, and civil society groups.  Eyewitnesses, survivors, and Ukraine’s General Prosecutor have reported that Russian authorities have transported tens of thousands of people to detention facilities inside Russian-controlled Donetsk, where many are reportedly tortured.  There are reports that some individuals targeted for “filtration” have been summarily executed, consistent with evidence of Russian atrocities committed in Bucha, Mariupol, and other locations in Ukraine.

President Putin and his government will not be able to engage in these systematic abuses with impunity. Accountability is imperative.  This is why we are supporting Ukrainian and international authorities’ efforts to collect, document, and preserve evidence of atrocities.  Together, we are dedicated to holding perpetrators of war crimes and other atrocities accountable.

The United States and our partners will not be silent.  Ukraine and its citizens deserve justice.