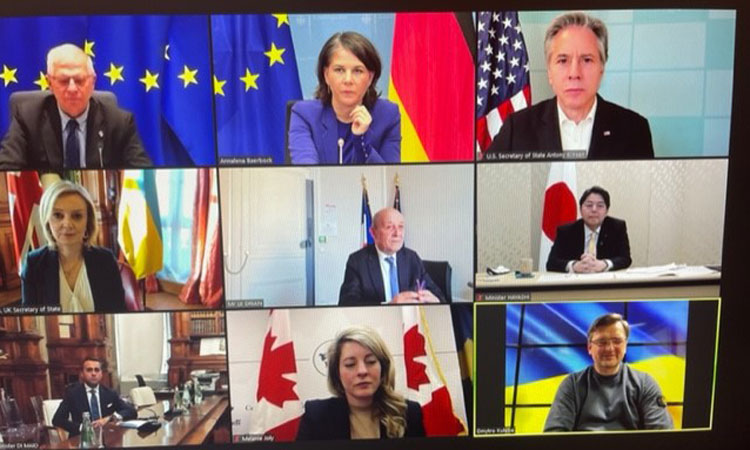 Readout
Office of the Spokesperson
February 27, 2022

Secretary of State Antony J. Blinken spoke today with the G7 Foreign Ministers of Canada, France, Germany, Italy, Japan, the United Kingdom, and the High Representative of the European Union.  They were joined by the Foreign Minister of Ukraine to discuss the global response to Russia’s premeditated, unprovoked, and unjustified attack on Ukraine.  The Secretary and G7 foreign ministers underscored to Ukrainian Foreign Minister Kuleba their unified response to Russia’s invasion.  Together we are supporting the Ukrainian people and imposing severe costs and consequences to hold Russia accountable for its war of choice.  We stand with Ukraine and recognize the bravery and heroism of the Ukrainian people.