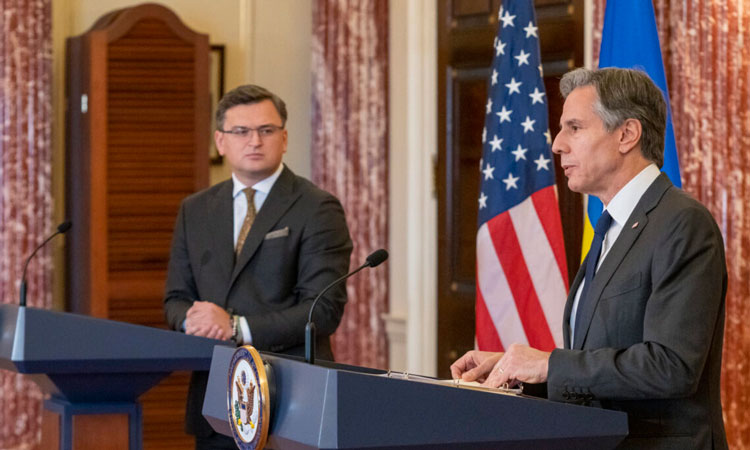 Readout
Office of the Spokesperson
October 1, 2022

Secretary of State Antony J. Blinken spoke by phone today with Ukrainian Foreign Minister Dmytro Kuleba on Ukraine’s continued defense of its sovereignty and territorial integrity.  They discussed Moscow’s latest illegal and illegitimate efforts to change Ukraine’s borders by force as well as mounting atrocities committed by Russia’s forces against the people of Ukraine, including war crimes and human rights abuses.  The Secretary reiterated President Biden’s message that the United States will always honor Ukraine’s internationally recognized borders and that we will continue to support Ukraine’s efforts to regain control of its territory by strengthening its hand militarily and diplomatically.  The Secretary updated the Foreign Minister on U.S. security assistance, including the $1.1 billion Ukraine Security Assistance Initiative package announced this week, as well as future deliveries.  The Secretary and Foreign Minister also discussed efforts to ensure Ukrainian grain continues to reach those most in need around the globe and ensuring the safety of Ukraine’s nuclear facilities.