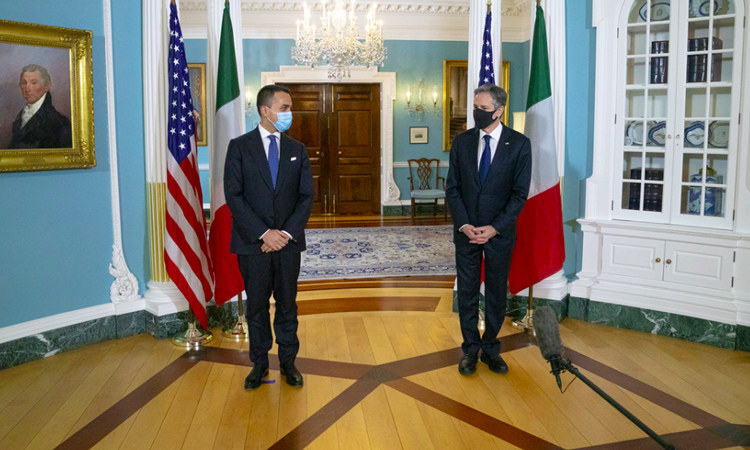 Readout
Office of the Spokesperson

The below is attributable to Spokesperson Ned Price:

Secretary of State Antony J. Blinken met with Italian Foreign Minister Luigi Di Maio today in Washington, D.C.  Secretary Blinken and Foreign Minister Di Maio celebrated the historic U.S.-Italy relationship, including the establishment of diplomatic relations 160 years ago, and committed to renew the deep and productive ties between the United States and Italy.  The Secretary and Foreign Minister reaffirmed their support for the efforts of the Libyan people to restore unity to their country, hold national elections in December, and fully implement the ceasefire agreement.  Secretary Blinken and Minister Di Maio confirmed their unwavering support for Ukraine’s sovereignty and territorial integrity and discussed the need for Russia to end its dangerous military buildup in Crimea and along Ukraine’s borders.  They both reaffirmed a shared commitment to human rights, as well as the enduring ties of friendship and affection between the Italian and American people.