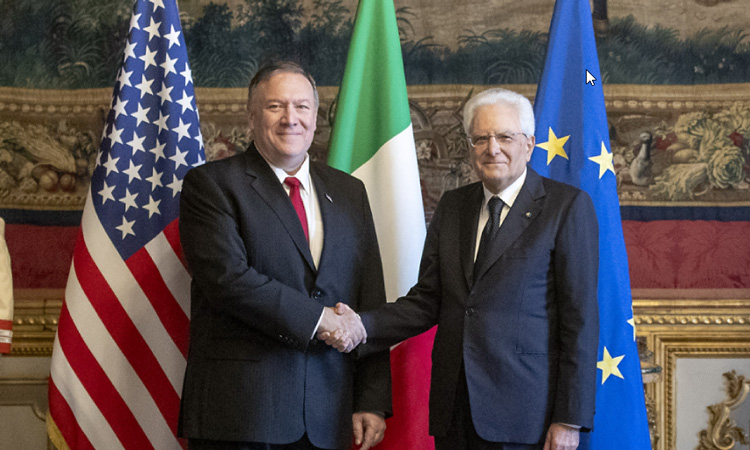 Secretary Michael R. Pompeo will travel to Rome and Abruzzo, Italy, October 1-3, where he will meet with Italian President Sergio Mattarella, Prime Minister Giuseppe Conte, and Foreign Minister Luigi Di Maio to discuss the importance of Transatlantic unity and our strong and enduring bilateral relationship.  The Secretary will also travel to his ancestral home in the Abruzzo region to meet with local leaders and to underscore the close personal ties between our two nations.

THE UNITED STATES AND ITALY ARE CLOSE PARTNERS AND ALLIES

SECURITY COOPERATION IS AT THE HEART OF OUR PARTNERSHIP

ECONOMIES AND WORKERS BENEFIT FROM OUR CLOSE ECONOMIC & EDUCATIONAL TIES