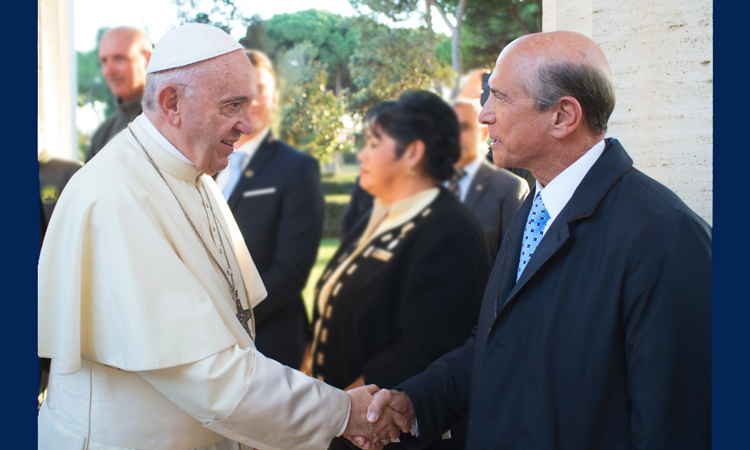 Pope visited and conducted a mass at Sicily Rome American Cemetery. This is the first official visit by a Pope to an American overseas war cemetery. The mass commemorated all who have fallen in wars.

The American Battle Monuments Commission is proud to welcome Pope Francis to Sicily-Rome American Cemetery in Nettuno, Italy. As a major world leader, we are honored the Pope is visiting this cemetery, where nearly 11,000 Americans who died in World War II in an Allied effort to preserve liberty across the globe are honored.

This visit by the Pope is especially poignant as it coincides with “All Souls Day” – a Catholic holy day of obligation that specifically remembers the dead. This is parallels the agency’s mission to remember those who paid the ultimate price in the name of freedom.