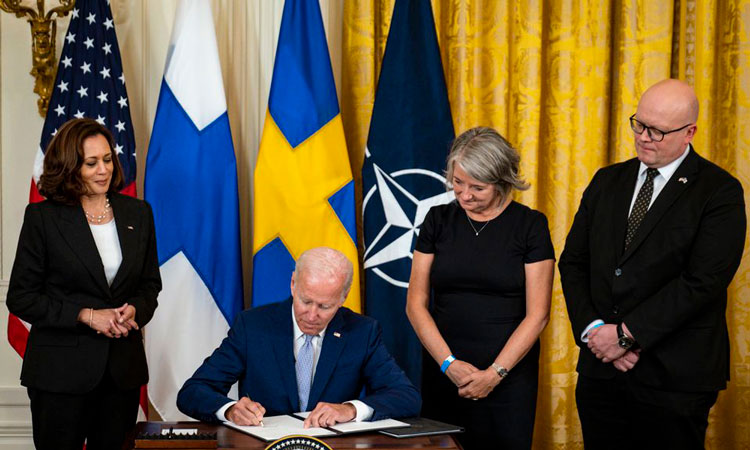 Today President Biden signed the United States Instruments of Ratification of the Accession Protocols to the North Atlantic Treaty for the Republic of Finland and the Kingdom of Sweden, which the U.S. Senate approved on August 3. We celebrate this historic moment, which underscores the U.S. commitment to our shared Transatlantic security.

We are pleased with the swift progress toward Finland and Sweden becoming NATO Allies. There is strong Allied and bipartisan support for the membership applications of Finland and Sweden, and we look forward to quickly bringing them into the strongest defensive Alliance in history. We appreciate the swift action of all of the Allies who have already ratified the accession protocols and encourage all to complete the process soon so that Finland and Sweden can accede to the North Atlantic Treaty and join the NATO Alliance.

It bears repeating at this historic moment that the U.S. commitment to our NATO Allies and Article 5 of the Washington Treaty is ironclad. Allies are united in their shared mission to defend the Euro-Atlantic community, deter aggression, project stability, and uphold NATO’s values of democracy, individual liberty, and the rule of law. We also remain firmly committed to NATO’s Open Door policy and to further strengthening our bilateral defense and security cooperation.