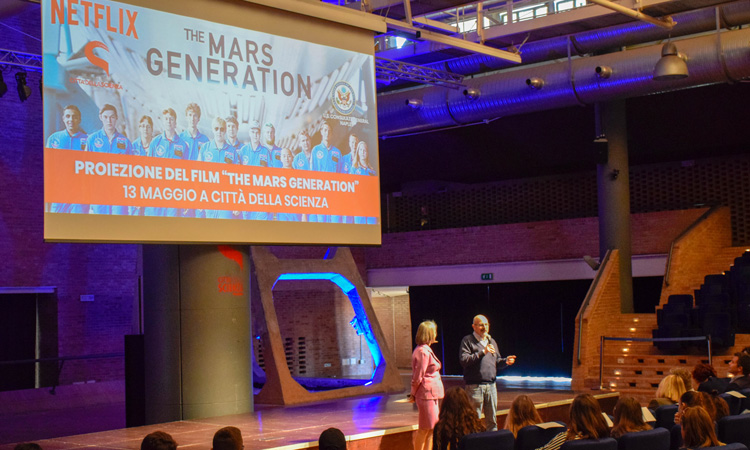 “That’s one small step for a man, one giant leap for mankind”. 50 years ago, on July 20, the world heard these famous words as Neil Armstrong lowered onto the surface of the Moon for the first time. The Consulate General in Naples celebrated this anniversary with screenings of the Sundance documentary “The Mars Generation” directed by Michael Barnett. The event was organized in collaboration with American Film Showcase.

The next day, Consul General Countryman hosted an event at her residence in honor of Mr. Barnett. In attendance were people from the film industry and local science and technology professionals. “The moon landing was one of the greatest scientific achievements in the past century and rewrote the thousand-year-old story of mankind”, said the Consul General in her remarks.

On May 15, Mr. Barnett travelled to Matera for a second screening of his documentary to an audience of 160 people as part of the official “Matera2019” year-long event celebrating the town of Matera as European Capital of Culture.

Michael Barnett also conducted a master class for a group of young filmmakers and producers. This highly specialized course was organized in collaboration with local associations Lucana Film Commission and the Fondazione Sassi.