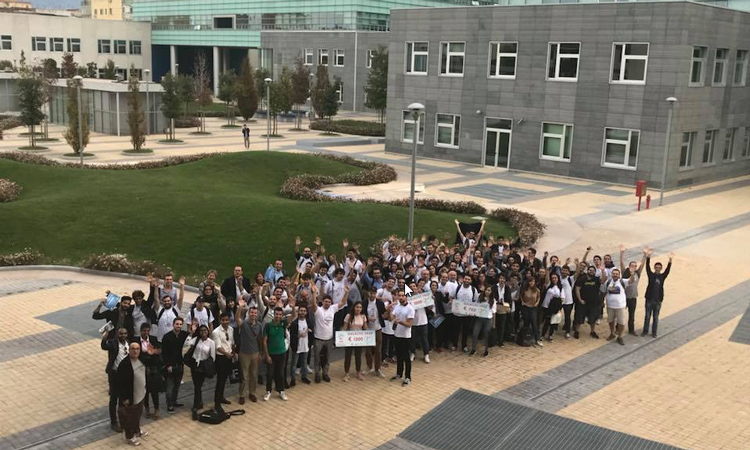 A game using images from the Hubble Space Telescope as integral components.  A sensor to be used by humans on Mars.  Or an app that helps informs people about upcoming rocket launches and space flights.

These are some examples of Space Apps Naples’s 2018 results.  The two-day hackathon produced 28 amazing projects, realized over a ‘space weekend’ October 20-21 at Federico II University.

The first place award went to the six members of team ‘Waterproof,’ all enrolled in Naples iOS Developer Academy and coming from Italy, France, and Ukraine.  Aiming to integrate NASA Earth science data and citizen science data to learn more about the connections between human health, animals and the environment, they named their project ‘Plan A’ “because there is no plan B for our planet.”  ‘The Hive’ team came second with their autonomous free-flyer to inspect spacecraft for damage from Micro-Meteoroid and Orbital Debris (MMOD), and ‘Space Advisor’ came third with a tool to track international rocket launches.

Promoted by NASA and locally co-organized by the U.S. Consulate General in Naples, together with the Institute for Electromagnetic Sensing of the Environment (IREA-CNR), the Department of Industrial Engineering of Federico II University and the Center for Near Space, this year’s hackathon was the most successful edition of Space Apps Naples, with nearly 200 registrations and 28 teams.  During the opening of the event, Italian astronaut Luca Parmitano wished the participants good luck via Skype – to all the Space Apps Italy venues in Naples, Rome, Milan, Turin, Vicenza, and Trieste – and answered their many questions.