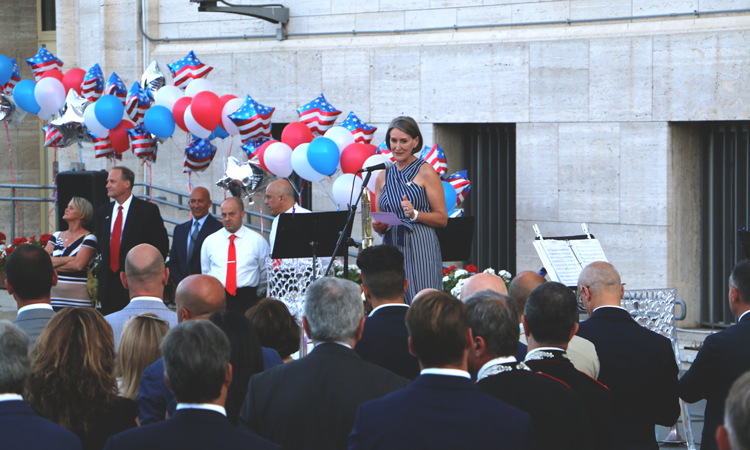 For the 242nd Independence Day Anniversary, Consulate General Naples hosted its annual celebrations in Palermo and in Naples.

On the evening of June 28, Ambassador Lewis Eisenberg and Consul General Countryman welcomed about 100 guests to Villa Niscemi, the representation HQ of the Municipality. The official U.S. Independence Day celebration moved back to Sicily’s capital after being held for three years in Catania. The official program included remarks by the Consul General, the Mayor, and the Ambassador; guests enjoyed a spirited performance of Dixieland jazz by a Palermo-based brass quintet.

Five days after, it was Naples’ time: highlights included a Color Guard by the Marine Security Guard Detachment, preceded by a rousing entrance by the Italian Army Bersaglieri, who played both national anthems. Consul General Countryman gave brief remarks highlighting our strong alliance and friendship going back to World War II and reminded guests that this year marks the 75th anniversary of the Allied Landings in Sicily and Campania that led to the Italy’s liberation and victory over fascism. And as a special tribute to this anniversary, Consul General Countryman presented the very special dessert made by Neapolitan bakery Poppella – a selection of their famous “snowflakes” (fiocchi di neve) that were arranged to reproduce the U.S. Army star. More than 250 guests – from every sector of society and from every region in the Consular district, including Naples Prefect Carmela Pagano, newly-elected President of Molise Donato Toma, JFC NATO Commander Admiral James J. Foggo III and Sixth Fleet Commander, Admiral Lisa Franchetti – attended the event, which featured music by a U.S. Naval Forces Europe Band and concluded with a spectacular fireworks show over the Bay of Naples. 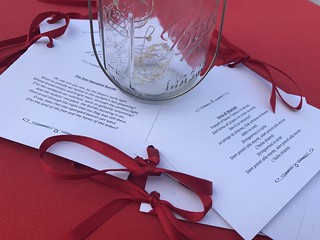