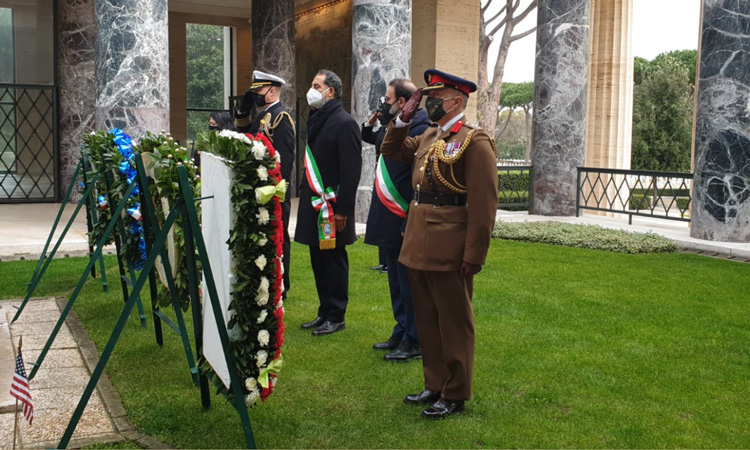 Captain Scott Bunnay represents the American Embassy in a ceremony at the American Cemetery in Nettuno to commemorate the 77th Anniversary of the allied landings in Anzio, Italy, during World War II.

Statement by Chargé d’Affaires Thomas Smitham on the 77th Anniversary of the Allied Landing in Anzio, Italy

Today, on January 22, 2021, we commemorate the 77th anniversary of the Allied landings at Anzio and Nettuno, where brave Americans joined allies and partners to liberate Italy.  Over 7,800 U.S. service members remain at Nettuno’s Sicily-Rome American Cemetery, their final resting place.  Today, we draw inspiration from these heroes and their sacrifice.  We shall always remember what they did, and aim to live each day by their example.

Today, on January 22, 2021, U.S. service men and women still stand watch around the world. They serve in dangerous places, side by side with Italy and our friends and allies, to defeat forces as dark as those we faced in World War II. Our continuing commitment to democracy, liberty, international cooperation and peace is the most fitting way to ensure the sacrifice offered by the heroes of Anzio and Nettuno was not in vain.