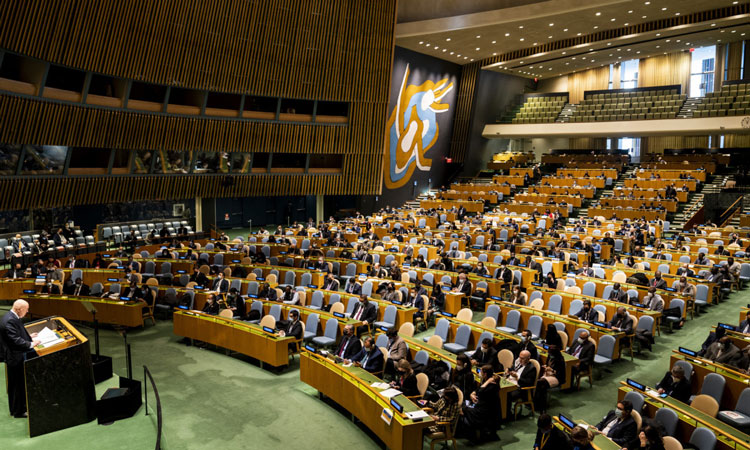 Today, for the first time in 40 years, the United Nations Security Council convened an Emergency Special Session of the General Assembly under the Uniting for Peace mechanism in response to Russia’s unprovoked, unjustified, and unconscionable war on Ukraine. This extraordinary move by the United Nations demonstrates the extent of global outrage at Russia’s horrific assault on a sovereign neighbor and showcased unprecedented global unity.

I commend the Member States of the United Nations for holding this historic session.Today’s vote lays bare Putin’s isolation. It also holds Belarus accountable for its unacceptable involvement in this war.

The world is rejecting Russia’s lies. We can all see what is happening in Ukraine with our own eyes. Russia is responsible for the devastating abuses of human rights and the international humanitarian crisis that we are watching unfold in Ukraine in real time. There is no room for excuses or equivocation. Russia is to blame.

The United Nations was founded to “save succeeding generations from the scourge of war.”  As Secretary-General António Guterres said, enough is enough. Together, we must—and we will—hold Russia accountable for its actions.  We will demonstrate that freedom always triumphs over tyranny.