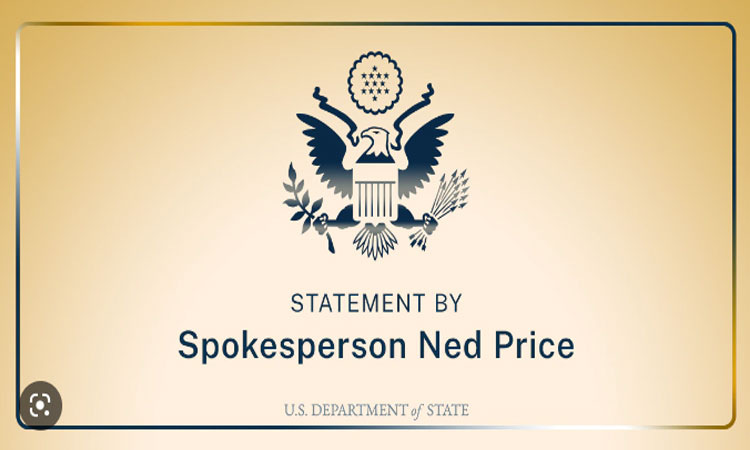 The United States welcomes the midterm report by the United Nations Group of Experts released on December 30, and shares the concerns outlined in the report about the sharp increase in violence and the deterioration in the security and humanitarian situation in eastern Democratic Republic of the Congo (DRC). Recognizing the leadership of the Heads of State of the East African Community and Angola, we urge Great Lakes leaders and armed actors to expedite implementation of multiple commitments to end the conflict, especially those agreed at the November 23 Luanda Mini-Summit on Peace and Security. We expect the UN-sanctioned March 23 Movement (M23) to withdraw to the locations specified in the November 23 Luanda communique, and we call for all armed groups, including M23, to cease all hostilities, lay down their weapons, and join the East African Community-led Nairobi Process consultations between the DRC government and armed groups.

Noting the report’s clear evidence of Rwandan support to M23 and credible reports of grave human rights abuses by M23, we reiterate our call for Rwanda to cease all support to M23 and withdraw its troops from eastern DRC. Likewise, we denounce the collaboration between elements of the Congolese armed forces (FARDC) and armed groups, including FDLR, as outlined in the report. We strongly condemn attacks by multiple armed groups against UN peacekeepers, as well as the reported acts of torture, rape, and attacks against civilians by multiple armed actors which contributed to massive displacement during the reporting period. Finally, we underscore our concern about the worrying escalation of xenophobia and hate speech inciting violence against the Rwandophone community in the DRC which was highlighted in the report. We urge DRC officials to continue speaking out to condemn such discourse and to hold accountable those who employ violence.

The United States welcomes the report’s recommendations and commends African-led diplomatic efforts, including the Nairobi and Luanda processes, to promote peace.