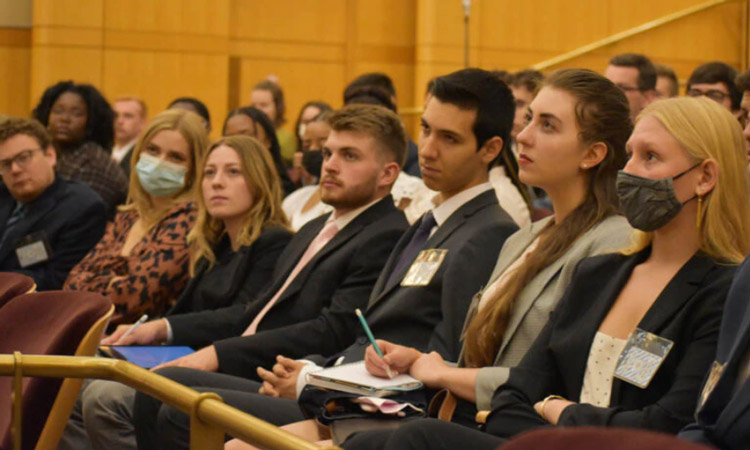 More than 80 international and domestic students gathered at the U.S. Department of State in Washington on June 29, to learn about human rights issues and how the State Department addresses humanitarian problems globally.

“President Biden has said — and Secretary Blinken has said — that human rights is at the center of U.S. foreign policy,” Blaha said, explaining how multiple State Department bureaus work with DRL to compile the document each year. “America’s values are reflected in our politics.”

The university students wanted to know how the State Department defines a human rights violation and how the United States works with other countries on human rights.

“I was already aware that human rights are an important ideal for every American, but I did not know that they are one of the cornerstones of U.S. foreign policy,” said Ernest Szymala, a student from Poland who wants to pursue a doctorate in the United States after he graduates from a university in China.

“It was only after reading several reports that I realized how much the U.S. does for human rights in the world and how scrupulously it studies the global situation,” he said.

Dorottya Zsiborács, a student from Hungary who is studying in London, agreed with Szymala.

“As [Blaha] said, not all human rights violations are that easy and clear to recognize, so making a decision to [have] humanitarian intervention is quite difficult,” she said after the event.