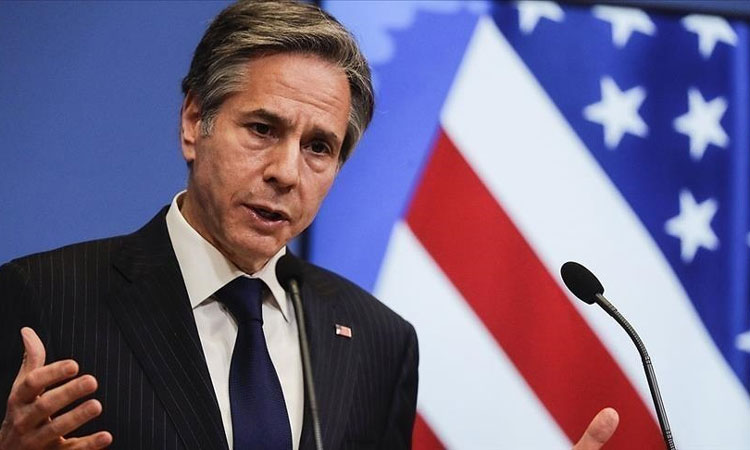 The United States is united with our allies and partners to ensure the Government of Russia pays a severe price for causing such death and destruction in Ukraine, and particularly for the horrors in Bucha and elsewhere.  In furtherance of this goal, today we are implementing full blocking sanctions on two key Russian financial institutions: Sberbank, Russia’s largest financial institution, and its subsidiaries and Alfa Bank, one of the largest private banks in Russia, and its subsidiaries. These entities continue to sustain President Putin’s aggression against Ukraine.  Accordingly, all U.S. persons are generally prohibited from engaging in transactions with Sberbank or Alfa Bank.

In addition, we are imposing sanctions on the adult children of President Vladimir Putin, Katerina Tikhonova and Maria Vorontsova, as well as Maria Lavrova, the wife of Russia’s Foreign Minister Sergei Lavrov, and Ekaterina Lavrova, his adult child.

The United States is also designating 21 members of Russia’s National Security Council, including former President Dmitry Medvedev and Prime Minister Mikhail Mishustin, for their role and authority in crafting the Kremlin’s brutal policies and resulting abuses.

This announcement of new economic sanctions follows our approval last night of $100 million in new security assistance to help Ukraine meet a continued need for additional anti-armor systems.  This is only the most recent of six drawdowns of arms, equipment, and supplies from Department of Defense inventories for Ukraine since August 2021, and brings U.S. military assistance to almost $2.5 billion since September, and $4.5 billion since 2014.  The United States commends the continued support of our allies and partners across the world in the face of Russia’s aggression against Ukraine.  We stand with Ukraine and recognize the bravery and heroism of its people and they defend their country and their freedom against Russia’s brutal war against Ukraine.

United with our Allies and partners, the United States will continue to impose economic costs on Russia for their actions through economic sanctions and provide security assistance in support of Ukraine’s defense, as well as economic support and humanitarian aid for communities across Ukraine devastated by Russia’s ruthless brutality.