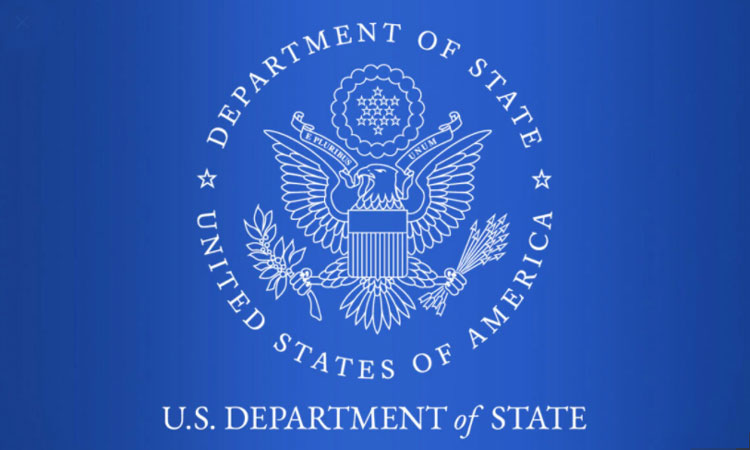 The United States remains united with our allies and partners in our commitment to ensure the Government of Russia pays a severe economic and diplomatic price for its aggression against Ukraine.  Today we are targeting Russian elites and their financial networks and assets, major Russian disinformation outlets that contribute to the destabilization of Ukraine, and defense enterprises of the Russian Federation, as well as imposing additional export controls on Russian oil and gas refining.  These actions make it clear there is nowhere to hide for individuals and entities that support Russia’s flagrant war against Ukraine.

Today’s actions by the Department of State and the Department of the Treasury target some of the wealthiest Russian elites close to Putin:  Alisher Usmanov, Boris Arkady, and Igor Rotenberg, and their family members and entities connected to them.  These actions also target influential Russian executives:  Nikolai Tokarev, President of Transneft; Sergei Chemezov, CEO of Rostec; and Igor Shuvalov, Chairman of VEB.RF.  These individuals, part of President Putin’s inner circle, have enriched themselves at the expense of the Russian people, and their support has facilitated Putin’s war of choice against Ukraine.

Second, the U.S. government is targeting those involved in Russia’s global disinformation and destabilizing influence campaign, including in Ukraine.  The Department of State is designating Dmitry Peskov, the chief propagandist of the Russian Federation and Vladimir Putin’s spokesperson, under E.O. 14024.  The Department of the Treasury’s Office of Foreign Assest Control (OFAC) is designating Russian elite Yevgeniy Prigozhin, who has been previously designated under various sanctions authorities.  Today, OFAC also is designating Prigozhin’s wife Polina, daughter Lyubov, and son Pavel, who play various roles in his business enterprise.  In addition, OFAC is designating 26 individuals and seven entities associated with Russia’s global disinformation campaign, particularly those backed by Russian intelligence services.  These targets utilize organizations that purport to serve as legitimate news sites but instead spread disinformation and ultra-nationalist propaganda for the Russian Federation.  These 33 individuals and entities have been designated under various authorities, including E.O. 13661, E.O. 13694, as amended, E.O. 13848, and 224(a)(l)(B) Countering America’s Adversaries Through Sanctions Act (“CAATSA”).

Fourth, the Department of Commerce is imposing export controls on oil and gas extraction equipment that support Russia’s refining capacity.  Because a significant portion of the Russian government’s revenue comes from the sale of oil and gas, these actions will degrade Russia’s ability to raise revenue to support and sustain its military aggression.  These measures also align U.S. export controls in this area with those of the European Union.

Finally, today the Department of State is announcing a new visa restriction policy to restrict the issuance of visas to certain Russian oligarchs, their family members, and close associates pursuant to Section 212(a)(3)(C) of the Immigration and Nationality Act.  These oligarchs are known to direct, authorize, fund, significantly support, or carry out malign activities in support of Russia’s destabilizing foreign policy.  Restrictions may be lifted for individuals who cease their support for and involvement in the Russian government’s destabilizing activity.  In an initial action under this policy today, we are targeting 19 oligarchs and 47 family members and close associates.  We will continue to add names to this visa restriction policy as long as individuals continue to support and carry out destabilizing activity on behalf of the Kremlin.  We welcome recent similar actions by Allies and partners.

The United States commends the continued support of our allies and partners across the world in the face of the Russian aggression against Ukraine.  We also applaud the bravery of the Ukrainian people who are fighting in defense of their country and those who must endure this unprovoked Russian invasion.  We stand in solidarity with them and will continue to support the government and people of Ukraine in the face of the Kremlin’s aggression, and we are resolute in our support for Ukraine’s sovereignty, independence, and territorial integrity.

For more information on today’s action, please see the Department of State’s factsheet and Department of the Treasury’s press release.