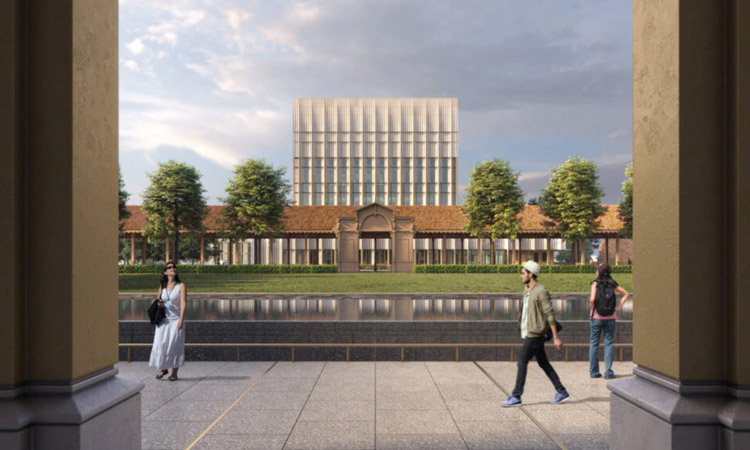 In a display of the strengthening ties between the United States and Italy, the Bureau of Overseas Buildings Operations (OBO), the U.S. Mission in Italy, and other U.S. and local officials celebrated the groundbreaking of the new U.S. Consulate General in Milan on April 6.

SHoP Architects of New York is the design architect and Caddell Construction Company, LLC of Montgomery, Alabama, is the construction contractor.  An estimated $65 million will be directly invested in the local economy and approximately 450 workers will be employed at the peak of construction activities.  The new U.S. Consulate General is scheduled for completion in 2025 and will provide an ecologically resilient platform for diplomacy in northern Italy.

Learn more about the project here.

Since the start of the Department’s Capital Security Construction Program in 1999, OBO has completed 171 new diplomatic facilities.  OBO currently has more than 50 active projects either in the design phase or under construction worldwide.