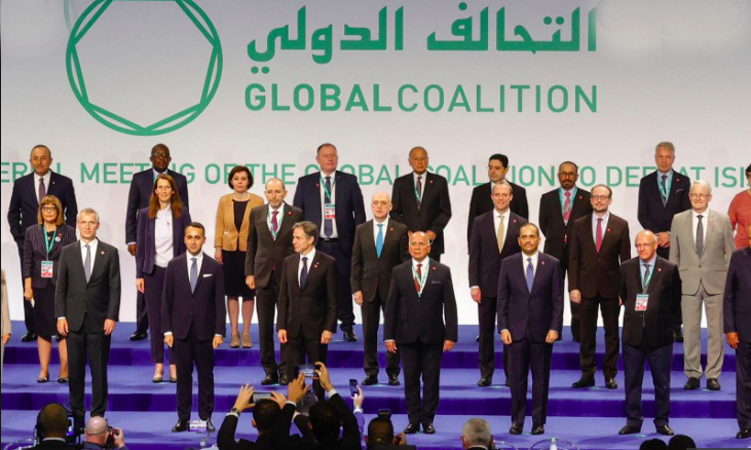 At the Global Coalition Ministerial in Rome on June 28, the U.S. Department of State wishes to reaffirm its commitment to the Coalition and its goals. The 83-member Global Coalition to Defeat ISIS has worked diligently since 2014 to reduce the threat ISIS poses to international security and our homelands. The Coalition’s combined efforts have diminished ISIS’ military capability, territorial control, leadership, financial resources, and online influence. Members are united in common cause to defeat ISIS through a robust approach, including working by, with, and through local partners for military missions; supporting the stabilization of the territory liberated from ISIS; and enhancing international cooperation against ISIS’ global objectives through information sharing, law enforcement cooperation, severing ISIS’ financing, countering terrorist recruitment, and neutralizing ISIS’ narrative. The Coalition is also engaged in efforts to provide needs-based humanitarian aid assistance to communities suffering from displacement and conflict, and supporting stabilization efforts in territory liberated from ISIS.

Secretary Blinken will join Italian Minister of Foreign Affairs and International Cooperation Luigi Di Maio in co-hosting a meeting of the Foreign Ministers of the Global Coalition to Defeat ISIS. It will be the first in-person Ministerial of the Global Coalition since February 6, 2019. This will be an opportunity for the Foreign Ministers of the Coalition, led by the United States, to discuss ways to sustain pressure on ISIS remnants in Iraq and Syria, and to counter ISIS’s global networks, primarily in Africa. The Coalition will also assess priorities for its five lines of effort: stabilization, foreign terrorist fighters, counter-ISIS financing, political-military consultations, and counter-messaging efforts.

Since 2014, the Coalition has carried out a comprehensive strategy to destroy and degrade ISIS. Milestones include: