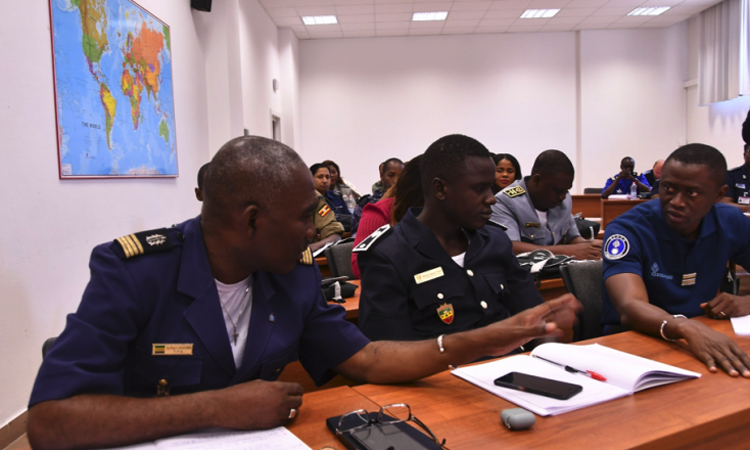 As we observe National Police Week in the United States we seek to highlight the U.S. partnership with Italy’s Center of Excellence for Stability Police Units (CoESPU). Created in 2005, this is a joint effort to improve the quality and capability of formed police units (FPUs) deploying to United Nations (UN) and regional peace operations. FPUs are utilized for protection of civilians, specialized operations such as election security and VIP protection, and security for UN personnel and property. FPUs have become an increasingly vital element of peacekeeping operations, filling the wide gulf between soldiers and civilian police officers in an environment where we have seen a dramatic increase in fatal attacks on peacekeepers. Meeting these challenges requires police to perform at the highest levels. Run by Italy’s Carabinieri, with U.S. funding assistance provided through the PM Bureau’s Global Peace Operations Initiative (GPOI), CoESPU seeks to ensure that FPU personnel are well trained for the challenges they will face in the field.

In its 13 years of operation, CoESPU has graduated over 7,000 leaders and trainers from more than 40 countries with GPOI support. CoESPU’s focus on doctrine development and FPU leader and trainer ensures that the impact of instruction is multiplied as these officers and UN personnel deploy back to their home units, national training centers, and missions. CoESPU courses cover multiple disciplines of great importance to peace support operations. Courses are offered on how to protect civilians, prevent gender-based violence, and design and implement training curricula.

U.S.-sponsored training of police peacekeepers has an impressively broad reach. Over 75 percent of FPU-contributing countries have received training funded or provided by U.S. programs, and these countries provide more than 80 percent of FPU personnel. Furthermore, countries that train with CoESPU and similar U.S.-sponsored efforts, such as the International Police Peacekeeping Operations Support Program (IPPOS), have a much higher percentage of female officers deployed to missions, a metric considered by the UN to be vital to the success of peacekeeping operations. In conflict and post-conflict situations, the meaningful participation of female peacekeepers helps make the mission accessible to women in the affected communities, provides female investigators to interview survivors of gender-based violence, and offers positive role models for women in the mission area.

This month, CoESPU is hosting three concurrent courses for trainees from 26 countries. The Civilian-Police-Military relations course brings together personnel from the three different elements of a UN peace support operation for cross organizational training in their respective areas of responsibility. The High Risk Operations course trains participants in the kinetic functions like VIP security, high-risk arrests, and special weapons and tactics (SWAT)-like tactical operations. Finally, the FPU Commander course hosts senior officers selected by the UN Police Division and trains these individuals in the skills required to command FPU operations in accordance with UN standards. These month-long courses provide participants with the enhanced skills required to operate in increasingly challenging peace support operations.

The U.S.-Italy partnership on CoESPU is a central effort of both nations’ interest in promoting international peace and security. The complex role of in peace support operations demands just the sort of support to international contingents that these types of partnerships have provided for over a decade. As the U.S. commemorates National Police Week, it is also actively engaged in supporting the development of essential law enforcement skills of partner countries’ in pursuit of a safer and more just world.