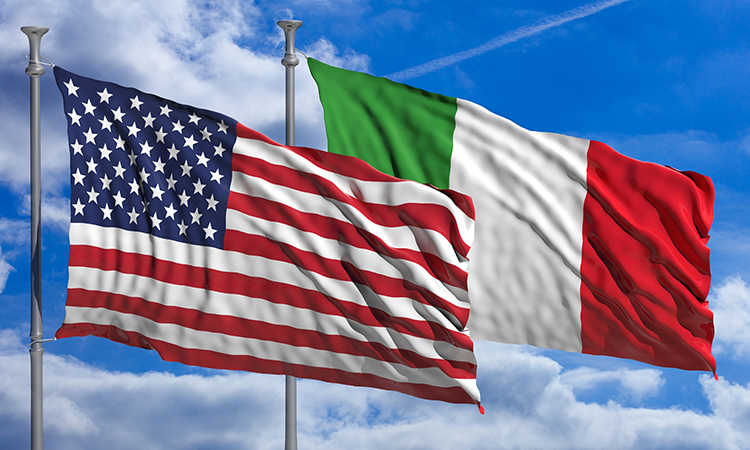 “Congratulations, Prime Minister Mario Draghi. I look forward to working closely with you to deepen our strong bilateral relationship, cooperate during your leadership of the G20, and address global challenges from COVID to climate change.”

Secretary Antony J. Blinken will travel to Rome and Matera, Italy, June 27-29, where he will meet with Italian President Sergio Mattarella, Prime Minister Mario Draghi, and Foreign Minister Luigi Di Maio to discuss the importance of Transatlantic unity and our strong bilateral relationship. They will also discuss the economic and security ties that strengthen our enduring partnership with Italy. Secretary Blinken will then co-chair the D-ISIS Ministerial with Foreign Minister Di Maio, before traveling to Matera to attend the G20 Foreign Affairs Ministerial Meeting.

The United States and Italy are close Partners and Allies

Security Cooperation is at the Heart of our Partnership

Economies and workers benefit from our close economic & educational ties