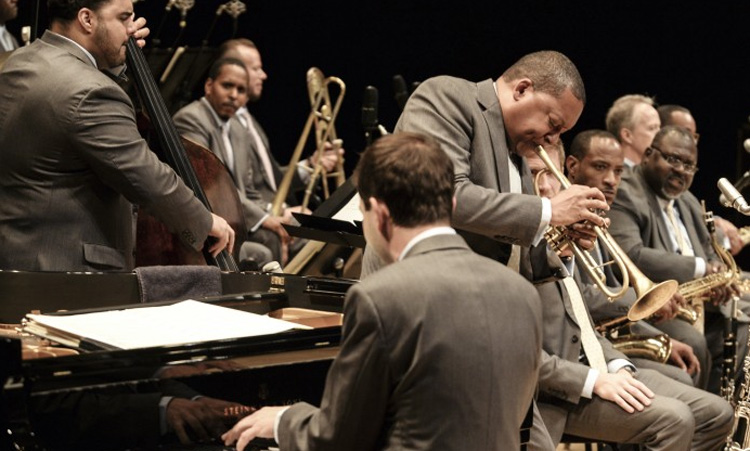 Rock, rap and hip-hop may rule the charts, but jazz, with roots in the spirituals of African-American slaves, is still America’s gift to the world.

“There is no better example of democracy than a jazz ensemble: individual freedom but with responsibility to the group,” a primer from the Thelonious Monk Institute of Jazz explains.

Jazz isn’t heard as much on the radio these days as it used to be, but the names of Miles Davis, Thelonious Monk, Dave Brubeck, Charlie “Bird” Parker, Billie Holiday, Ella Fitzgerald, Count Basie and Sarah Vaughan still ring a loud bell.

Here’s a look at several greats, past and present.

A recent BBC poll named trumpeter Miles Davis the greatest jazz artist of all time. This master of improvisation played with bebop pioneer Charlie Parker, formed celebrated groups of his own and recorded albums that entered the canon, including Birth of the Cool, ‘Round About Midnight and Kind of Blue. Davis also broke boundaries, adding electric guitars in the 1970s and playing the Fillmore, a rock auditorium in San Francisco, always seeking “to invent new ways to play.”

Thelonious Monk attended elite schools, but the pianist’s real education came at Minton’s Playhouse in Harlem. Famous for hats — fedoras, berets, knits, skullcaps — and eccentricity, the jazz legend attacked the piano “as if it were a carillon’s keyboard or a finely tuned set of 88 drums,” as Time magazine wrote in a 1964 cover story. “The piano ain’t got no wrong notes,” said Monk, who composed such classics as “Blue Monk,” “Ruby, My Dear” and “Straight, No Chaser.”

Few singers led a sadder life than Billie Holiday, and fewer still could reach the emotional depths she plumbed in “God Bless the Child,” which she co-wrote, or “Strange Fruit,” a trenchant 1939 ballad decrying the lynching of African Americans by white mobs in the South. After a brutal upbringing, Lady Day sang her way from nightclubs to the airwaves and stardom with such hits as “Summertime,” “I’ll Be Seeing You” and “When You’re Smiling.” She left a legacy with Lady in Satin, an album released before her death at 44 of liver and heart disease.

Trumpeter Wynton Marsalis has won nine Grammy awards for jazz and classical performances and composed a Pulitzer Prize–winning oratorio about slavery. He’s a founder of Jazz at Lincoln Center, a sizzling jazz venue in New York. The New Orleans native also is the author of the book Moving to Higher Ground: How Jazz Can Change Your Life.

Keyboardist Jon Batiste’s fame has mushroomed since his debut as the infectious bandleader on The Late Show with Stephen Colbert, a late-night, comedy show on television. Batiste blows on the melodica, a harmonica-type instrument, and jams on the piano with Stay Human, his band of classmates from the Julliard School, a musical arts school. The New Orleanian shoots for music “that makes people want to dance and have a good time.”