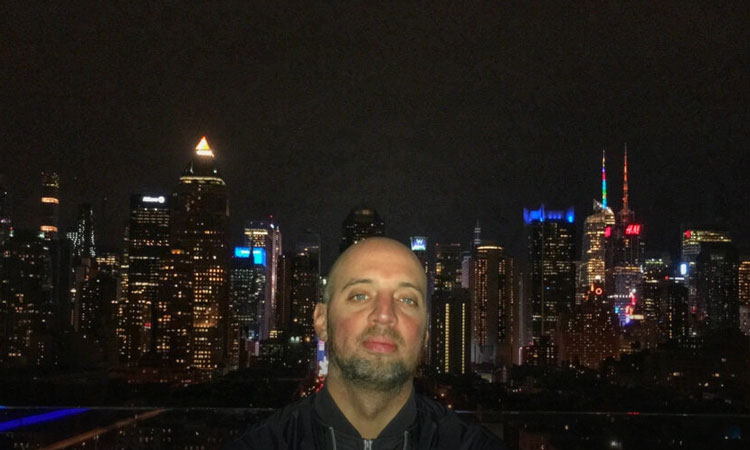 Born to immigrant parents and raised in the New York City area, Gabriel Garbar has always been curious about other cultures. Earlier this year he learned about Russia’s culture and education system as he helped teachers and students in Russia hone their English skills.

Garbar was among 80 Americans participating in the State Department’s Virtual English Language Fellow and Specialist Programs this year. It connected experienced English language instructors in the United States with teachers and students in Russia. During 2022, more than 600 Americans participated in similar programs in other countries.

Having previously taught courses on four continents at the university and high school (also called secondary school) levels, Garbar said he had been eager to get “a more in-depth look into another corner of the world while assisting my students in reaching their academic and professional goals.”

After the program ended, he said he enjoyed “working with some of the kindest and most genuine students I’ve had in a long time.”

The program is among many at the State Department that illustrates the U.S. government’s commitment to Americans connecting to others at the person-to-person level.

Meet a few other Americans who participated in the program this year.

From her home in Memphis, Tennessee — home of Elvis Presley and famed barbecue — Alyssa Bulow said her students constantly amazed her with the “dedication and sheer volume of work” they completed while also improving their English.

Bulow has more than a decade of teaching experience at U.S. schools and at bilingual programs across Asia, North and South America and Eastern Europe.

Most of the professors she instructed had a full teaching load while also conducting research.

“They had a strong awareness of the usefulness of fluid English presentation skills in sharing about their research with the worldwide scientific community, and they never lost sight of their goals,” Bulow said. She is director of the Memphis-based Connect Language Center, which provides English as a second language programming and teacher training.

She noted that one of her students in Russia partners with an indigenous tribe in Siberia. Together they host environmental education days for Russian schoolchildren to learn how to better care for nature and discover more of their cultural heritage. “Russia is a vast and intriguing country,” she said.

From his home in California, Dan Sloan said he found the Russian participants he instructed “demonstrated enthusiasm, engagement and collaboration.”

Sloan teaches business administration at Simpson University in Redding, California, and has spent almost a decade as an academic faculty member in China and Southeast Asia.

For Sloan, the valuable memories and lessons learned during the project were “the transparency, genuineness and friendliness of the Russian people.”

Knowing another culture and language is profoundly rewarding, said Sloan, whose project focused on U.S. law and English used in legal writing.

“I gained much more than I gave when the Russian participants took the lessons to the next level and revealed empathy, humanity and cultural understanding.”