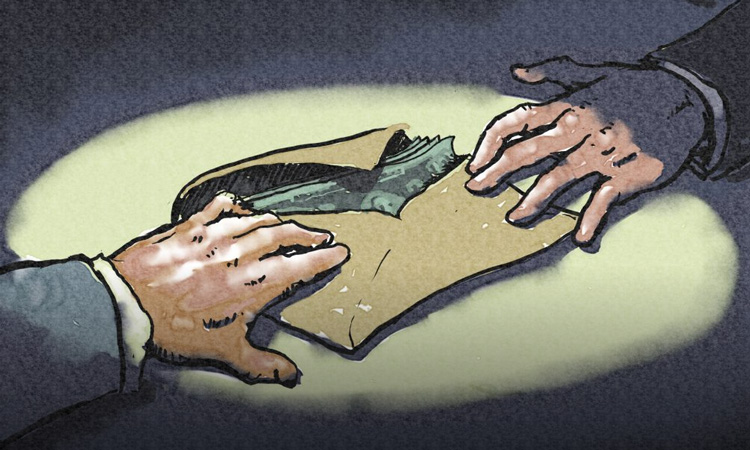 The United States is stepping up efforts to combat corruption and support honest governance around the world.

President Biden, in a June 3 memorandum, elevated the fight against global corruption to a national security priority. Anti-corruption efforts are one of three pillars of the Summit for Democracy that Biden will host December 9-10. The other two are defending against authoritarianism and advancing respect for human rights.

“Corruption fuels inequality, siphons off a nation’s resources, spreads across borders, and generates human suffering,” Biden said in a September 21 speech to the United Nations General Assembly. “It is nothing less than a national security threat in the 21st century.”

More than $1 trillion is paid in bribes each year, according to U.N. estimates. Other forms of corruption drain an additional $2.6 trillion from the global economy, the U.N. said.

On September 23, during a roundtable discussion on the sidelines of the U.N. General Assembly, U.S. Agency for International Development (USAID) Administrator Samantha Power said corruption is a global problem that can undermine democracies and the rule of law.

She announced the formation of a new anti-corruption task force and response fund that will further USAID’s support for corruption fighting worldwide. The task force will “support new generations of investigators and reformers who are working not just to expose corrupt actors but to dismantle corrupt systems,” Power said.

The United States is building alliances of like-minded partners to confront corruption, State Department Under Secretary for Civilian Security, Democracy and Human Rights Uzra Zeya told the panel. The State Department also works with government and civil society around the world to improve transparency and recover assets.

“It takes a network to fight a network,” she said.

Achraf Aouadi, who founded the anti-corruption advocacy group I-Watch in Tunisia, said that while lawyers and journalists traditionally tackle corruption, citizens also have a role.

“We have a citizen engagement department that works with artists, teachers,” Aouadi said, adding that everyone has a role in safeguarding against corruption.

Juan Francisco Sandoval Alfaro, who prosecuted corruption cases in Guatemala, said greater transparency is needed in all facets of society, from government institutions to electoral processes to businesses and labor organizations.

Power echoed the other panelists’ calls for greater citizen involvement and collaboration. “To bring about real change in the fight against corruption, we need to deepen our partnerships with and raise the profile of civic actors,” she said.

She praised the panelists who are working for a more just society. “Thank you for fearlessly taking on transnational corruption so that others may have a voice and an opportunity for a brighter future.”