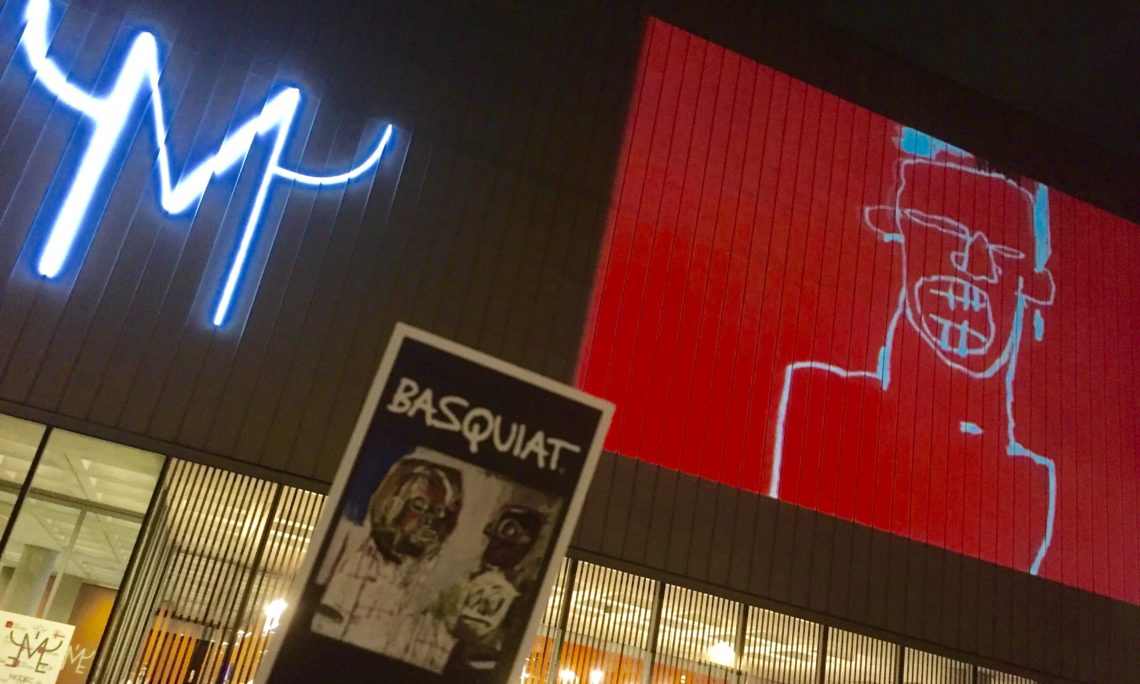 On October 27, a Jean Michel Basquiat exhibit opened at MUDEC (Museum of Cultures) in Milan.  Christopher M. Wurst, Public Affairs Officer represented the U.S. Consulate at the opening. The exhibit features more than fifty works from the well-known American artist, including monumental canvases and dishes portraying famous artists, wood surfaces and other media, which he used during his very brief career. The Consulate provided patronage as well as a grant to organize a series of lectures and movie projections to explain Jean-Michel Basquiat’s genius, the Pop Art concept and its environment.

The series of cultural programming will also show contemporary artists to Basquiat, such as Andy Warhol and Keith Haring. The Consulate cooperated with MUDEC (for the first time, since its opening in 2015) and IULM, the Free University of Languages and Communication.  Side cultural activities, have started in November and will continue  until the end of February, 2017.  At the packed press conference that presented the exhibit, the City Councilman for Culture, Filippo del Corno and the Curator Gianni Mercurio explained the genius of this amazing artist and the exhibit.