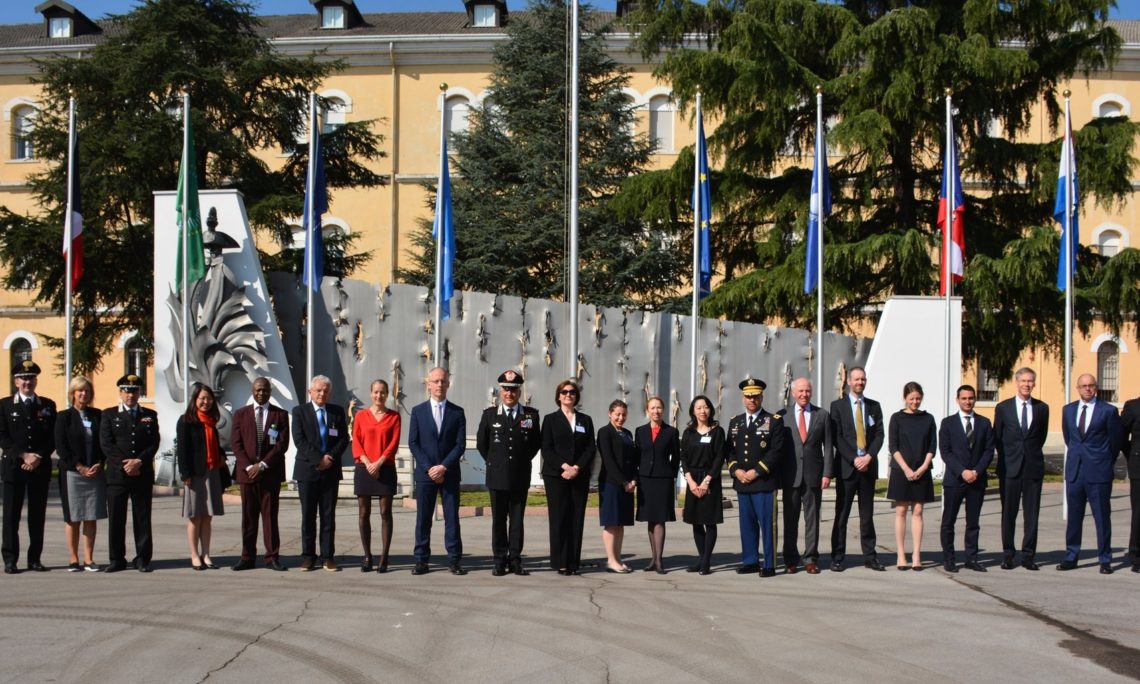 The U.S. Embassy in Rome and the Center of Excellence for Stability Police Units (CoESPU) team up on peacekeeping and peacebuilding.

On March 30, U.S. Embassy in Rome Chargé d’Affaires (CDA) Kelly Degnan spoke with police peacekeepers from twenty nations as part of CoESPU’s capacity-building activities.  In her remarks, CDA Degnan underscored the importance of CoESPU’s efforts to expand access to training, enhance peacekeeping curricula and doctrine, and strengthen the protection of human rights.  CDA Degnan also participated in the G7 Experts Group on Peacekeeping and Peacebuilding, organized by the Italian Presidency of the G7.

What are Stability Police? Stability police are an important component of peacekeeping efforts, since they bridge the gap between the end of conflict and a return to traditional, civilian law enforcement.  These special circumstances require a unique set of skills; accordingly, training for this mission was entrusted to Italy’s Arma dei Carabinieri.

The U.S.-Italy partnership on CoESPU dates back more than a decade.  During the 2004 Sea Island Summit, the U.S. and Italy decided to address the critical global need for additional and better trained stability police units.  Soon after, the CoESPU center was founded in Vicenza, Italy.  The United States is proud to provide support for the center’s programs under the U.S. Global Peace Operations Initiative with financing and expertise.