Home Homepage | News & Events | U.S.-EU Joint Press Release by the EEAS and Department of State on the First U.S.-EU High-Level Dialogue on Russia 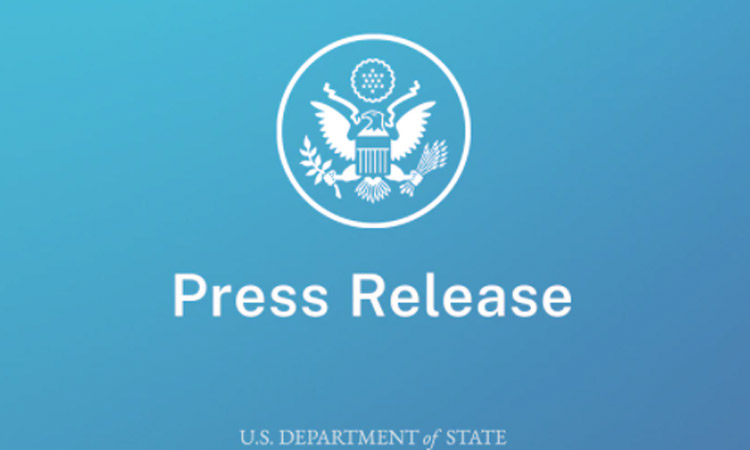 The European Union and the United States held today in Washington, D.C., the first U.S.-EU High-Level Dialogue on Russia.  Under Secretary of State for Political Affairs Victoria Nuland represented the United States and European External Action Service Deputy Secretary General for Political Affairs Enrique Mora represented the European Union.  This high-level meeting follows the commitments taken at the June 2021 U.S.-EU Summit, where both sides resolved to coordinate U.S. and EU policies and actions related to Russia.  This inaugural session focused on U.S. and EU strategic objectives and policy coordination aimed at ending Russia’s war of aggression against Ukraine.

Under Secretary Nuland and Deputy Secretary General Mora welcomed the exceptional unity shown at the recent European Council, extraordinary NATO Leaders’ Meeting, and G7 Leaders’ Meeting.  They condemned the Kremlin’s unprovoked, unjustifiable, and barbaric war against Ukraine, also enabled by the Belarusian government.  The Russian military attacks striking civilians are causing massive loss of life and injury to civilians and must stop immediately.  They noted that the United States and the European Union will work to track reports of war crimes and will share information gathered with allies, partners, international institutions and organizations, as appropriate, and use every tool available to hold the perpetrators to account.

Under Secretary Nuland and Deputy Secretary General Mora welcomed the coordination between the United States and the European Union in implementing unprecedented sanctions and export control measures in response to Russia’s aggression and discussed continued close cooperation in coordination with the G7 to ensure stringent implementation of these measures.  They also discussed additional steps to isolate Russia further from the U.S. and EU economies and the international financial system to impose severe costs on Russia for its actions.

The two sides emphasized the necessity of consolidating international support for the government and people of Ukraine and of holding the government of Russia to account.  They welcomed the growing number of countries applying sanctions and export control measures since Russia’s invasion, including countries implementing them for the first time, and reiterated their commitment to further expanding the coalition and strengthening enforcement of these measures.  They underlined the importance of insisting that China supports an immediate end to hostilities, the establishment of humanitarian corridors, and preventing any risks of further escalation.  They also underscored that they will continue to urge China not to circumvent nor undermine sanctions against Russia, and not to provide any form of support to Russia’s aggression against Ukraine.

Under Secretary Nuland and Deputy Secretary General Mora discussed U.S. and EU efforts to increase humanitarian support to all people who have been internally displaced or forced to flee as a result of Putin’s war.  They briefed on U.S. and EU initiatives to provide coordinated political, financial, material and humanitarian support to the government and people of Ukraine.  They recognized the need to maintain high-level attention and support to the Republic of Moldova and to work together to strengthen its resilience.  They also discussed their ongoing efforts to support the democratic forces inside and outside of Belarus in defending and advancing human rights, including freedom of expression, and free and fair elections under international observation.

They took stock of U.S. and EU efforts to counter the Kremlin’s propaganda and disinformation and to reduce Europe’s reliance on Russian energy.  They underscored that the United States and EU stand with Russian civil society, independent journalists, and youth whose future and voices are under increasing threat within Russia and with those who have been forced to flee the country.   They also recognized continued U.S.-EU cooperation toward long-term peace, resilience, and stability in the wider region, including South Caucasus.

Under Secretary Nuland and Deputy Secretary General Mora decided to continue meetings in this dialogue, with the next high-level meeting to take place in late 2022.