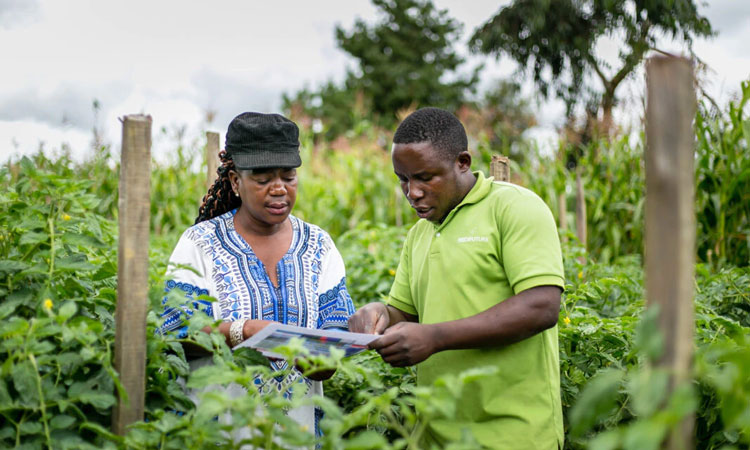 Justine Konde wanted to remove pests from her small farm in the Democratic Republic of the Congo, especially the pesky fall armyworm that damages her crops.

She learned about effective pest control at a farmer field school organized by Feed the Future, a U.S. government program to combat global poverty and hunger.

Having learned to control pests and preserve fertilizer, Konde increased the size of her farm from .4 hectare to 6.9 hectares. The school has worked with 6,000 farmers in the DRC since 2021. Instructors work with community leaders such as village chiefs, who then encourage local farmers to participate.

“My role is now to spread the information among other farmers in my village,” she said, “to unite us in knowledge.”

Feed the Future, an interagency initiative led by the U.S. Agency for International Development (USAID), recently added the DRC and seven other African countries to its list of “target countries” in which the U.S. takes a coordinated approach to address the root causes of poverty, hunger and malnutrition.

In addition to the DRC, the other nations recently added to the list are Liberia, Madagascar, Malawi, Mozambique, Rwanda, Tanzania and Zambia.

“The United States is there for African countries in this unprecedented crisis, because that’s what partners do for each other,” U.S. Secretary of State Antony Blinken said during an August 8 speech in South Africa.

Among the program’s priorities are to:

The Feed the Future program complements the African Union’s own Comprehensive African Agricultural Development Program, in which African governments agree to allocate at least 10% of national budgets to agriculture and rural development.

In June President Biden announced $2.76 billion in U.S. funding to help protect the world’s most vulnerable populations and mitigate the impacts of growing food insecurity and malnutrition.

“Our African colleagues made clear that, beyond emergency relief, what they really want is more investment in agricultural resilience, innovation, self-sufficiency,” Blinken said. “We’re responding to those calls.”