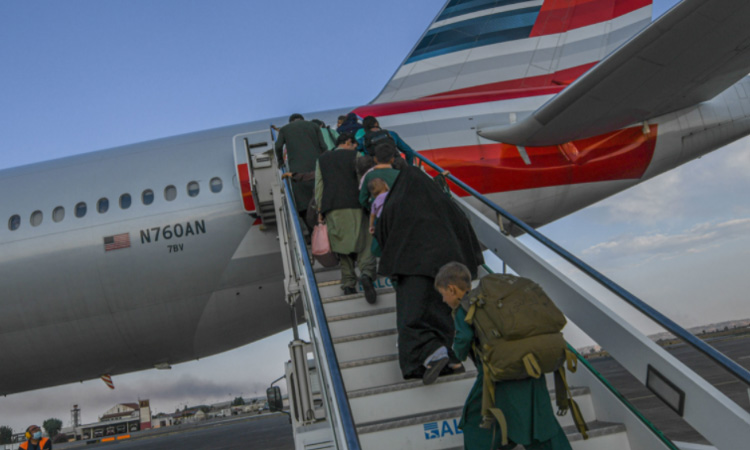 “The United States has successfully evacuated and facilitated the evacuation of over 100,000 people and their families on U.S. military and coalition flights. The departure of planes bound for the United States is the beginning of a new chapter in the lives of American citizens and Afghans who have undergone much hardship,” said Thomas Smitham, Chargé d’Affaires, U.S. Embassy Rome. “It is a testament to our brave U.S. service members, our civilian and military cooperation, and to the strength of our partnership with the Italian government.”

Operation Allies Refuge is the U.S. Department of State’s mission for the evacuation of U.S. citizens, Special Immigration Visa applicants, and other vulnerable populations from Afghanistan as quickly and safely as possible. Working in partnership with allies in the Italian Air Force and Italian government, NAS Sigonella is serving as a transit location for evacuees before their onward travel to the United States and other locations.

“I could not be more proud of the Marines, Sailors, Soldiers, Airmen, Guardians, U.S. government officials, and our civilian staff here that have worked tirelessly and continuously to ensure we provide a safe haven for these vulnerable people,” said NAS Sigonella Command Master Chief Anna Wood. “This has been a herculean effort that we have implemented with the Department of State and other U.S. government agencies, working together to assist and facilitate the transit of American citizens and at-risk Afghans to the United States. This first flight of evacuees leaving Italy for the United States is a testament to everything we’ve done and how much more we have to do. We will accomplish this mission, and we will do it together.”

Department of State officers and their local staffs, together with military service members, have worked to provide round-the-clock assistance since the evacuation mission began August 22.

“I am honored and humbled to be able to serve alongside so many dedicated men and women representing multiple government agencies,” said Kim Krhounek, Minister Counselor for Political Affairs at U.S. Embassy Rome and leader of interagency coordination at Sigonella. “We are doing everything we can to help vulnerable Americans and Afghans in desperate need of assistance. Our goal is to receive them, support them and their families, and lead the coordination with interagency colleagues to ensure they can get to their destinations as quickly as possible.”

The team at NAS Sigonella has also worked nonstop to prepare for and care for evacuees as part of the ongoing airlift effort throughout the U.S. Central Command and U.S. European Command theaters.

NAS Sigonella personnel have designated two barracks buildings and other temporary lodging on base for evacuees. Each lodging is provided halal dining, religious and recreation areas. In addition, medical care is provided to assess and assist those with injuries or other medical concerns.

A local imam has made daily visits to aid the evacuees with religious and spiritual support. Local community members and dependents of the U.S. forces assigned to NAS Sigonella continued to volunteer and donate. The response has been so overwhelming that every one of the hundreds of children who arrived at NAS Sigonella has received a stuffed toy to welcome them, with clothing and other needs provided to everyone.

In addition to the airlift operation conducted by the U.S. Air Force’s Air Mobility Command, the U.S. Navy has provided additional critical evacuee support by utilizing four C-40A Clippers, from Fleet Logistics Support Wing, based at Joint Base Fort Worth.

Known as the “Hub of the Med,” NAS Sigonella’s strategic location as the Navy’s only overseas air station enables U.S., allied, and partner nation forces to deploy and respond as required to ensure security and stability in Europe and Africa.