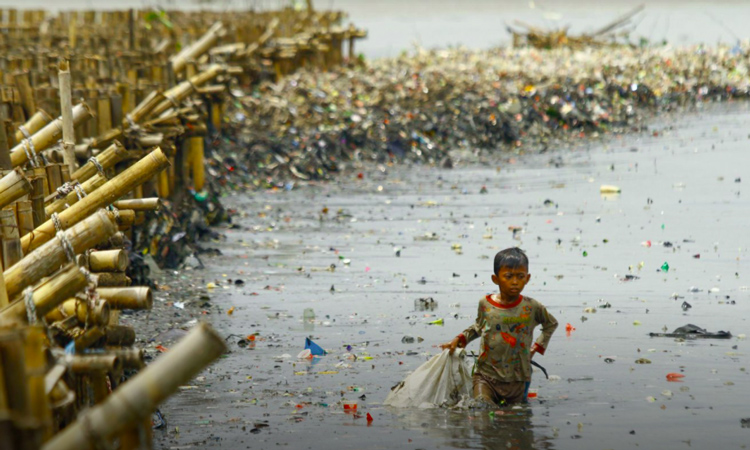 Wayward plastic waste has been accumulating in the world’s oceans for years, and it is increasingly harming local industries that rely on oceans and coastal waters — especially tourism and aquaculture.

The DFC aims to catalyze $2.5 billion in investment for infrastructure projects that will reduce the discharge of plastic waste and marine debris into oceans in developing countries. The investment would support these goals:

This pollution harms economies and people’s livelihoods. According to a 2020 report from the Asia-Pacific Economic Cooperation (APEC) forum, damage from marine debris to fisheries and aquaculture, marine transport, shipbuilding and marine tourism cost APEC economies $11.2 billion in one recent year alone.

Sources of the problem

Countries that are sources of plastic pollution include Indonesia, the Philippines, Vietnam, Sri Lanka, Thailand, Malaysia, Egypt and Nigeria. (According to its own reporting, the People’s Republic of China is also a large polluter, but DFC does not support investments there.)

“DFC’s Ocean Plastics Initiative seeks to catalyze private investment to address an urgent need to clean up and preserve our oceans and waterways,” Chief Executive Officer Adam Boehler said in a statement. These projects will “support emerging economies, promoting economic growth and development,” he added.