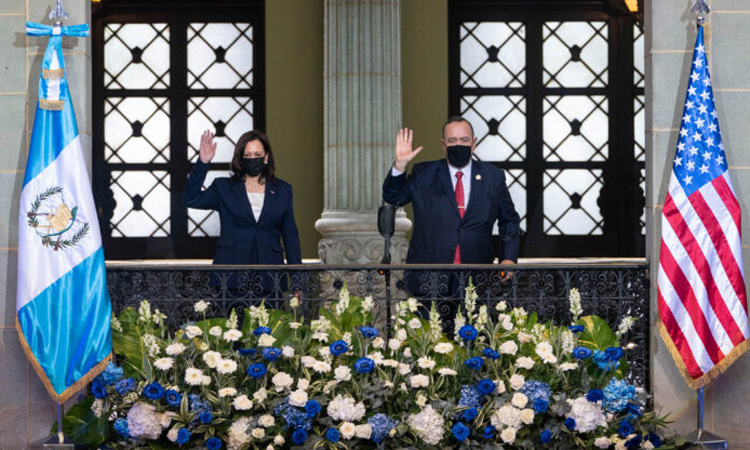 The United States is collaborating with Central American leaders — in the government, private sector and civil society — to address the root causes of irregular migration.

“Our goal is to work with the people of Central America to create safe, prosperous, democratic societies where citizens can build their own lives with dignity,” said State Department Special Envoy for the Northern Triangle Ricardo Zúniga during an April 22 briefing.

“I have traveled to Central America and had a series of meetings with leaders from Guatemala, El Salvador, and Honduras about working together to alleviate the conditions that are driving mass irregular migration,” Zúniga said.

Vice President Kamala Harris and Zúniga have also been meeting with social-issue groups, members of the private sector, and the media to understand the root causes of Central Americans deciding to leave their homes to make the dangerous journey.

“We are neighbors. And the position of the United States is that we then are interconnected,” Harris said before a bilateral meeting with President Alejandro Giammattei of Guatemala on June 7. “We share familial bonds. We share bonds that are historic. And it is important that, as we embark on a new era, that we recognize the significance and the importance of this relationship as neighbors.”

Part of the vice president and Zúniga’s goals are to work with these leaders to root out corruption in society while also working with the U.S. private and public sectors to increase economic opportunity for Central Americans.

Speaking of the sense of hope that leaders can give their people, Harris said: “It must be coupled with relationships of trust. It must be coupled with tangible outcomes, in terms of what we do as leaders to convince people that there is a reason to be hopeful about their future and the future of their children.”