Home Homepage | News & Events | U.S. Vote at the UN on the Destruction and Trafficking of Cultural Heritage by Terrorist Groups 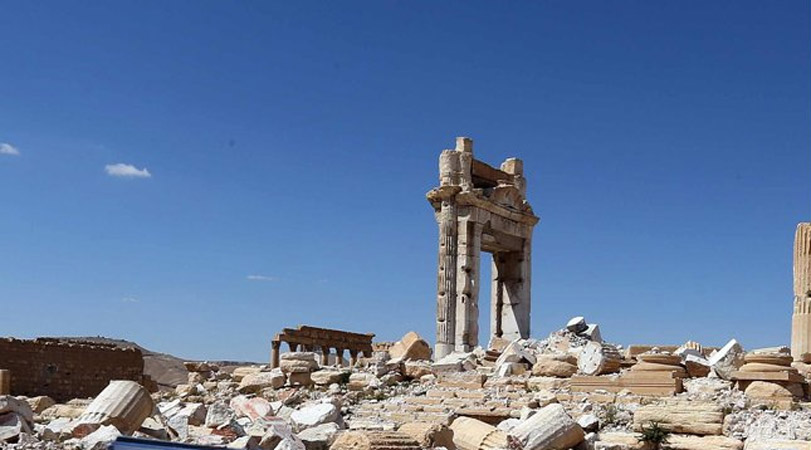 Destruction and Trafficking of Cultural Heritage

Thank you, Mr. President. The United States thanks the Governments of France and Italy for taking the initiative to rally the international community to protect our world’s common heritage from being used to further armed conflicts.

Over the past two decades, we have seen damage to and destruction of our shared cultural heritage on an unprecedented scale.

Those engaged in conflict and terror deliberately destroy cultural property to create fear, undermine governments, and cause animosity among different groups within a society. The wanton devastation by ISIS, Al Qaeda, and others in Iraq and Syria, by the Taliban in Afghanistan, and by other groups elsewhere has taken a devastating toll not only on human lives, but also on our common cultural heritage.

This destruction tears at the very fabric of our societies.

The policy of the United States government is clear: the unlawful destruction or trafficking of cultural heritage is deplorable – we unequivocally oppose it, and we will take all feasible steps to halt, limit, and discourage it.

The United States seeks to hold accountable those who engage in the illegal trade of cultural property and the perpetrators of deliberate cultural heritage destruction.

For example, the United States shared information with our international partners about the activities of the deceased Abu Sayyaf, a former high-ranking ISIS official who was responsible for financing the group’s terrorist activities, including through the illicit sale of antiquities.

Growing international coordination and cooperation among law enforcement and other agencies enabled the United States to take direct action in order to seek the recovery of these items.

We believe that there are no “one-size-fits-all” strategies for cultural heritage preservation in armed conflict. Complex situations around the world warrant a variety of responses.

Many states have demonstrated the ability to safeguard their cultural treasures in conflict zones during times of crisis.

It is a long-standing U.S. policy to preserve cultural heritage in situ whenever possible, thereby avoiding the need to remove cultural property from its country of origin.

The United States looks forward to strengthened international cooperation, and to finding new channels of cooperation for the protection and preservation of cultural heritage in armed conflicts, in order to preserve this priceless inheritance for future generations.