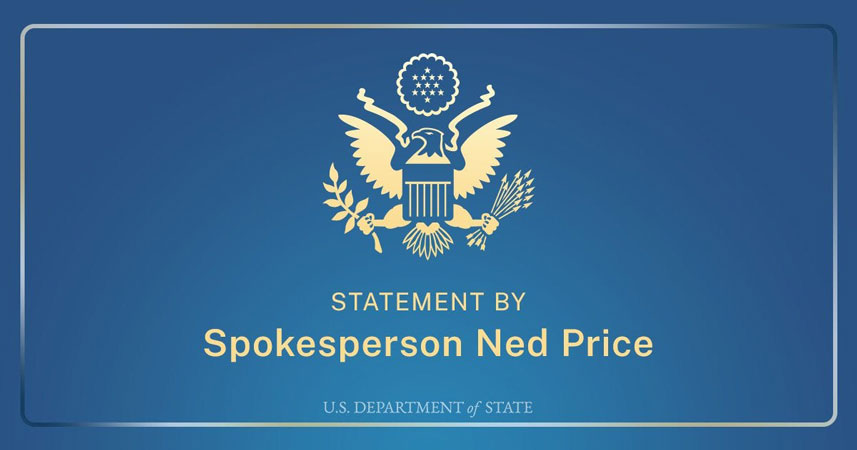 Since President Putin launched his unprovoked, unjustified, and unconscionable invasion of Ukraine over a week ago, the international community across continents has spoken with powerful unity to denounce Russia’s aggression and demand its cessation. Giving voice and purpose to that common cause requires ready international venues such as the United Nations, where the Russian government and its dwindling supporters cannot impede scrutiny of their actions.

One of President Biden’s early foreign policy priorities was to reestablish American leadership at the United Nations and other international organizations, where our values, security, and prosperity could be protected and advanced. The success of that effort can clearly be seen in this week’s remarkable series of multilateral actions.

In the UN Security Council on February 25, the United States and Albania introduced a resolution co-sponsored by an additional 80 UN member states demanding an end to the invasion and making clear that Russia alone bears responsibility for the ongoing violence.  Russia’s veto of that resolution only underscored its growing international isolation.  As U.S. Ambassador to the United Nations Linda Thomas-Greenfield stated after the vote, “Russia cannot veto the UN Charter.  Russia cannot, and will not, veto accountability.”

That action was followed quickly by a February 27 Security Council vote to call for an Emergency Special Session of the UN General Assembly on Ukraine.  That Special Session resulted in an unprecedented repudiation of Russia and its horrific assault on the people of Ukraine and Ukraine’s sovereignty.  One hundred forty-one UN Member States, from all regions, voted in support of a resolution condemning Russia’s aggression and calling for an immediate end to its invasion.  At the end of two days of discussion, Russia could only assemble a rogue’s gallery of four nations to support its unconscionable actions and false narratives.

On Friday, the UN Human Rights Council concluded an Urgent Debate on the Kremlin’s war against Ukraine.  The Council voted overwhelmingly to demand that Russia halt its assault on the Ukrainian people.  Russia stood virtually isolated.  The resolution establishes the highest level of scrutiny the Council can create: a Commission of Inquiry.  This powerful investigative mechanism will ensure that Russia’s horrific conduct in Ukraine is carefully and verifiably documented so those responsible, like President Putin, can be held to account.

We and our partners and allies are also raising Russia’s aggression in every corner of the UN system and in related international organizations, such as the International Atomic Energy Agency, International Civil Aviation Organization, and International Maritime Organization. Our message in all these bodies is clear: there can be no business as usual so long as Russia wages this brutal war on its neighbor.

Multilateral diplomacy can at times frustrate even the most determined of diplomats.  But, when faced with such naked contempt for peace and security, the nations of the world took action to unite and isolate the aggressor.  The powerful display of international solidarity and collective action demonstrates the unique role and indispensability of multilateral organizations like the United Nations to effectively respond against threats to the rules-based international order.  This is not only a time to appreciate the role of the United Nations, but it is also an opportunity to strengthen and revitalize the international system to prevent such aggression in the future.

As President Biden has said: “An overwhelming majority of nations recognize that Putin is not only attacking Ukraine, he is attacking the very foundations of global peace and security—and everything the United Nations stands for.”