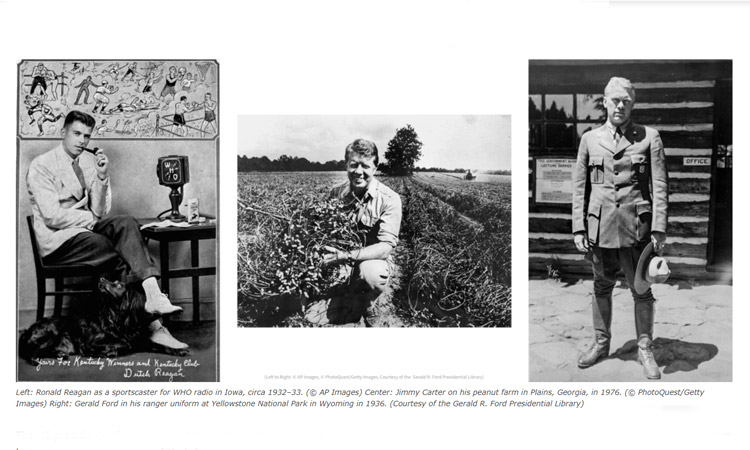 The 45 presidents of the United States worked in a variety of professions before arriving at the White House. Many held jobs that gave them insights into the daily lives of their fellow Americans.

Beyond their primary professions, several U.S. presidents tried their hands at unusual, shorter-term or second jobs. James Garfield, a lawyer and a Civil War officer in the Union Army, was also an ordained minister, serving as a pastor in the Disciples of Christ Church. Abraham Lincoln, a lawyer before entering politics, held the position of postmaster in New Salem, Illinois. Lincoln sometimes delivered the mail by carrying it in his hat, according to the U.S. Postal Service.

Before running for president, Grover Cleveland was a sheriff in Erie County, New York. And Calvin Coolidge crafted doll carriages at a toy manufacturing company in Ludlow, Vermont.

Like many young Americans, U.S. presidents held diverse first jobs that did not always hint at their future paths.

At age 17, Washington began working as a land surveyor, according to the nonprofit Mount Vernon Ladies’ Association, which maintains Washington’s estate in Virginia.

In 1926, while in secondary school, Reagan took a summer job as a lifeguard in Dixon, Illinois. By the time summer ended, he had saved 77 lives, his biographer Edmund Morris said in a 1999 interview with 60 Minutes. Reagan also worked as a radio sports announcer in Iowa in the 1930s.

During the mid-1970s, a teenage Obama earned his first paycheck serving ice cream at a Baskin-Robbins store in Honolulu. In a LinkedIn post published in 2016, Obama recalled that the job “wasn’t exactly glamorous” but that it taught him about “responsibility,” “hard work” and “balancing a job with friends, family and school.”

Gerald Ford, at 23, was employed as a park ranger at Yellowstone National Park. According to the National Park Service, Ford spent the summer of 1936 in Wyoming “directing traffic, supervising campgrounds and greeting guests.”

Ford also helped monitor the park’s substantial bear population. He described his ranger experience as “one of the greatest summers of my life.”