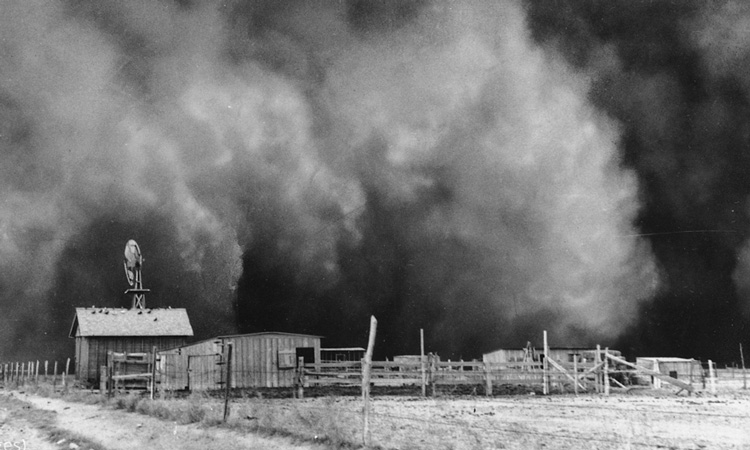 U.S. scientists are developing technologies and new approaches to reduce desertification and in some cases return harmed land to its earlier fertile condition.

A classic example of desertification is the 1930s Dust Bowl period in the United States, which devastated Midwestern states. It was a time when severe droughts combined with poor land-management practices to cause tremendous suffering and economic loss.

Today, U.S. scientists address the continuing problem of land becoming barren and not usable for production due to drought, inappropriate farming techniques, deforestation or certain other human activities. Globally, more than 2 billion hectares of previously productive land has already been degraded, according to the United Nations. By 2045, some 135 million people around the world may be displaced by desertification.

“When desertification happens, people go hungry and leave their land and must find other places to make a living,” says Jeff Herrick, a soil scientist with the U.S. Agricultural Research Service and the U.S. science representative to the United Nations Convention to Combat Desertification (UNCCD). “We are all about helping people stay on their land by giving them the information they need to manage it better.”

With funding from the U.S. Agency for International Development, Herrick and his colleagues have developed the Land-Potential Knowledge System (LandPKS), a freely available mobile app that helps individuals determine whether their land is suitable for farming. “Any person anywhere in the world can download it and use it to learn about the sustainable potential of their land,” Herrick says. “It tells you what soils occur in your area and then helps you identify your own soil.”

Barger says individuals can help. “Pressure on the land is driven largely by how much we consume. And so at the individual level, if you really want to think about decreasing the pressure on land, it’s decreasing the amount of products that you are consuming,” she says. “The most important thing is to not let land decline to the point that we have to intervene.”