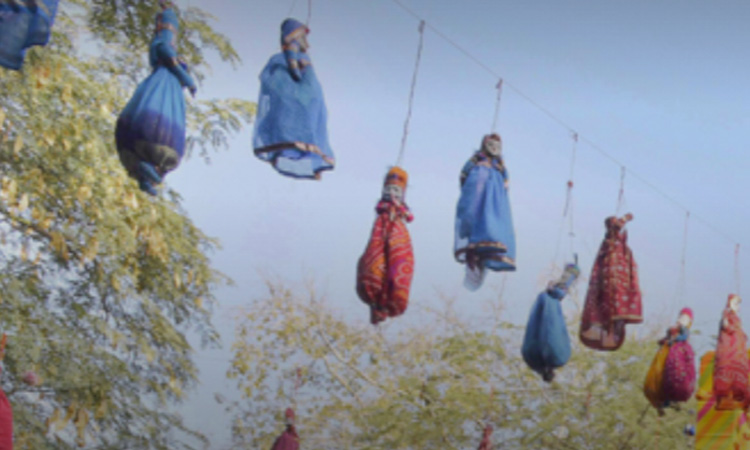 Books have a way of bringing people together — even from the other side of the world.

The U.S. Embassy in New Delhi recently supported a session at one of the world’s largest literary festivals, the 2021 Jaipur Literature Festival in Rajasthan, India. The embassy’s participation reflects a commitment to deepen strong people-to-people ties between the United States and India.

Over the past decade, the festival has featured nearly 2,000 speakers, including Oprah Winfrey, Paul Beatty and Amartya Sen, and hosted more than a million fans of literature from India and throughout the world.

During the embassy-sponsored session February 28, American author Jonathan Safran Foer and American journalist Jeffrey Gettleman delved into Foer’s 2019 book We Are the Weather: Saving the Planet Begins at Breakfast.

Foer and Gettleman discussed how daily actions accumulate and can make an impact over time in the efforts to reverse climate change.

This year, in addition to the session on climate change, the U.S. Embassy sponsored a series of short videos under the theme “Raising Women’s Voices in Business.” The embassy also organized a special screening of the film An Inconvenient Sequel: Truth to Power, which documents former U.S. Vice President Al Gore’s efforts to train climate champions and influence international climate policy. Addressing climate change is a key element of the U.S.-India bilateral relationship.

U.S. Embassy New Delhi’s support for the Jaipur Literature Festival began in 2009, when it sponsored talks by eight American authors at the festival, and has continued over the years.