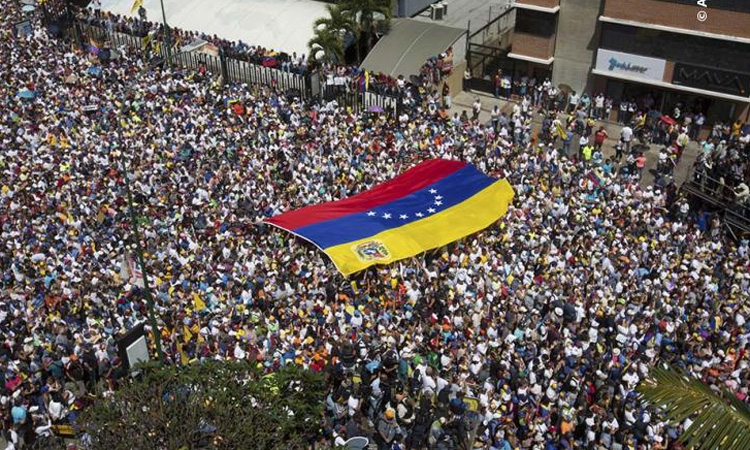 The United States continues to support the democratic aspirations of the Venezuelan people.  On February 4, Secretary of State Michael R. Pompeo participated via video conference in the 10th ministerial meeting of the Lima Group in Ottawa. In his remarks, the Secretary emphasized helping interim President Juan Guaido restore democracy and hope to the people of Venezuela, and answering the interim government’s call to provide immediate humanitarian assistance to Venezuelans, inside and around the country.

On February 1, Vice President Pence participated in a roundtable table discussion with Venezuelan exiles and community leaders, and delivered remarks at a Venezuela Solidarity Event in Miami, Florida.

On January 30, President Donald J. Trump spoke with Venezuelan Interim President Juan Guaido to congratulate him on his historic assumption of the presidency and to reinforce his strong support for the Venezuelan’s fight to regain it’s democracy.

Secretary Pompeo called on the Venezuelan military and security forces to protect all Venezuelans as well as U.S. and foreign citizens.

On January 29, Secretary of State Michael R. Pompeo certified the authority of Venezuela’s interim President Juan Guaido to receive and control certain property in accounts of the Government of Venezuela or Central Brank of Venezuela held by the Federal Reserve Bank of New York or NY other insured banks.

“We call on other governments to recognize interim President Juan Guaido and take similar steps to protect Venezuela’s patrimony from further theft by Maduro’s corrupt regime.”